The Price of Busy- Part 2 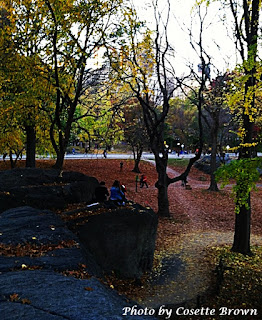 As you all know from my previous post, The Price of Busy, about a year ago, I gave up my consistent "side gigs."  I described the manner in which I evaluated the extra money in connection with the time I was giving up.  I dropped a number of side gigs that were consistently scheduled items; things that were eating up a certain amount of time per week, week in and week out.

I gained back a good amount of my time, and you want to know how much money I lost?  Very little actually.  When I started back to school in September, opportunities just kept presenting themselves.  I call them "one hit wonders."  They were a series of extra things I could do that would earn me extra cash, but not commit to every single week.  It was brilliant.  I could say yes to some and no to others depending on my level of interest, availability of time, and desire for extra cash.  I said yes to a few tasks that were fairly unexciting to me, but most of the things I said yes to were very interesting: some paid trainings on topics of interest, joining a committee that meets twice a month, scoring some exams for the state.  It did take a bit of my time, but I felt much less busy because they were mostly "one and done" commitments.

The monetary result?  The extra money I've earned since January of this year is equivalent to 14% of my gross income thus far.  That's pretty close to what it was last year at the same time actually, and the key is that I've been able to exercise a bit more control of my schedule.

Control of my schedule is something I'm really thinking about going forward as well.  I consider myself to be a part of the FI Community (FI stands for Financial Independence), and am actively working toward Financial Independence.  Many people on the journey toward FI or FIRE (Financial Independence Retire Early) work an absolute ton of hours now in order to achieve independence at a significantly earlier age than average.  I have done this in the past as well, and support people working as much as they'd like.  At this point though, I am forging my own path, one that is seeking location independence first and foremost.  I would also like to work toward part-time employment rather than full-time employment at some point.  I enjoy working, but it feels difficult to work full time and achieve a work-life balance at the simultaneously.  This is where personal finance gets personal.  I want to enjoy the journey as much as the destination.  What does this look like?  I'm still exploring that, and will be publishing that journey on this blog: both the financial and emotional aspects in the coming months.

What are you doing to reclaim your time?
Posted by Alacias Enger at 4:53 PM No comments: