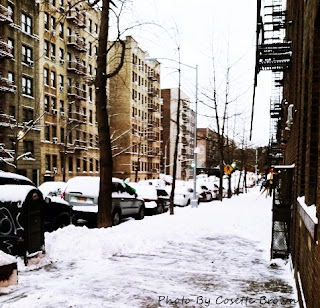 Real Estate is a personal passion of mine.  I currently rent a one-bedroom apartment in Inwood, a neighborhood in northern Manhattan.  I am also a landlord.  I own a rental property in Portland, OR.
When I bought my house in Oregon, it was with the intention that I would live there, and I did for a few years.  It was also a move that I made not only to build equity, but also to lower my cost of living.  “But Lacy,” you might ask “How does buying a house decrease your cost of living?”
It’s simple.  Buy your freedom house.  Your freedom house and your dream house are NOT the same thing.  Your dream house is the one that has the perfect number of bedrooms, and the perfect number of bathrooms so that your twice per year guests won’t ever have to use the same toilet that you do.  All joking aside, your dream house is the one that you aspire toward, and has all of the amenities that you want.   Your freedom house has all of the amenities that you need.

For instance, I had been renting a 2 bedroom, 1 bath house in a trendy, walkable neighborhood, near buses, for nearly $1300 per month.  I asked myself “Can I get what I need for less than what I am paying now?”  Not as a rental, unless I moved to a different neighborhood, which I was willing to do, but I don’t drive, and need to be on a busline.  So, I started researching houses for sale.  I was making $25,000 per year, and because of that, I could only get approved for $120,000 of a mortgage loan.  In Portland, Oregon, housing prices are typically double that (or more) unless you strike a killer deal, but that didn’t stop me. 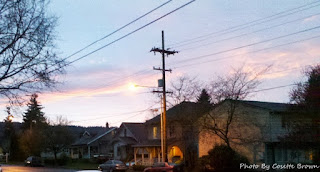 A few months later, I bought a Fannie Mae foreclosure for $102,500, and put about $5000 down.   The transaction was really pretty smooth, although foreclosures can be difficult for people, as can short sales.  The one thing to remember, if the bank owns the property, they really don’t plan to do any repairs.  They also don’t want to be a landlord.  Their only mission is to get the house off their books.  That means they need to sell it so that it doesn’t show as a loss that they are taking, or at the very least, they need to minimize the losses that they will end up taking.  Where a human being that owns the house may be moved by you writing them a letter about how you want your children to grown up climbing the beautiful oak tree that is in the back yard, the bank isn’t interested in this plea (to view Fannie Mae foreclosure listings in your area go to www.homepath.com).

The Fannie Mae house was my freedom home, not my dream home.  It had horrible wood paneling in the living room and faux tiles in the bedroom that matched the ones in the kitchen.  It was a real eye sore, but, it was structurally sound, and had great bones.  It had 2 legal bedrooms, 2 bathrooms, and unfinished basement with 2 bonus rooms, hard wood floors, a garage (also in rough shape) and a decent sized back yard.  It was also in an up and coming, walkable neighborhood, and near several bus lines.  This could more than meet my needs.  It also saved me $500 per month in housing costs.  Yes, I had to make the down payment and move, but that was fine since I wasn’t going to try to sell it. (If you plan to sell within a few years, you may not recover the costs associated with the down payment and moving.  So, crunch your numbers carefully.) 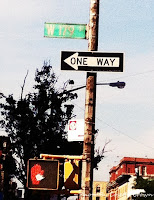 Now that I am living in New York, I want to buy a property to live in here.  How do I replicate the things I did right the first time, now that my circumstances have changed?

Budgeting your life to two incomes will keep you from getting ahead.  It offers very little flexibility, and is likely to keep you in a situation where you will always NEED two incomes.  This is not ideal.  When I bought my freedom house, my income was the only one being considered.  My significant other had stopped working in order to go back to school.  So, at the time, I was the only one with a steady income.  I had avoided the two income trap based on shear circumstance, rather than intention.   In order to replicate this strategy in the future, I will need to buy only as much house as can be sustained on one paycheck.

Two incomes are the norm nowadays, right?  Not if you are single.  Fully using two incomes can also prevent one or both people in a partnership from being able to take an opportunity.  For example, we came to New York because I had received an opportunity to get a Master’s Degree that would be funded by an organization.  The organization would also help me to find a job that would more than double my salary once I was finished.  I took it.  My partner and I lived one year apart (the length of time it took us each to get our degrees).  When I had secured a position and apartment, we moved our household across the country.  I would have had to decline the offer had we made different choices regarding our housing purchase.  If we had both been working, and qualified for closer to $240,000 of a mortgage, the payments would have required that we both continue to work in order to keep the house.  Since we had only used one income to buy the house, the payment was low enough not to be a burden.  I was able to take the offer in New York.  While my partner was still on the west coast, I rented a room from a friend in New York.  The rent plus my mortgage in Oregon still cost us less than the mortgage would have cost us had we used two incomes for the original purchase.  That year was certainly difficult financially, but we were able to make it work.  Once we moved, we turned it over to a management company, and have a lovely family living there.  Our monthly net profit is close to $500 per month.  This is another thing that wouldn’t have been possible if we had purchased with two incomes in mind.  If we had purchased with two incomes in mind, we would likely operate at a loss if we rented it out.  In the future, there are things that I would like to accomplish which would require me to either quit working, or scale back immensely.  I know that in order to keep those goals attainable, I must avoid the two income trap.

Buying only what I need 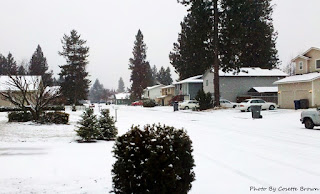 I made two lists.  One list was my bare essentials, my needs.  The other list was my wants.  Considering my current circumstance, my needs include two bedrooms, close to public transit, elevator (or ability for wheelchair access).  My wants include two bathrooms, extra storage, laundry in the building, outdoor space, and a dishwasher.  Getting everything from the want list is not likely, but creating it is good.  If a few items from the want list appear in a property I see, that is wonderful!  It could put the place in the running quickly.

I’d like to review an item on my list.  I said that I need two bedrooms.  That seems unnecessary for a couple with no children.  I have a sibling with a severe disability that lives with my mother.  If anything unfortunate should come of my mother, I will immediately become my sister’s guardian.  This may or may not happen, but I cannot afford to be ill prepared.  I need a second bedroom, and the ability to get a wheelchair into my home.  Another “what if” to consider is employment?  What if both of us become unemployed or underemployed at the same time?  A second bedroom could be rented out to help minimize costs.  It is important to consider “what ifs” that are plausible, but don’t go overboard.  Consider a few “worst case scenarios” that seem entirely possible, such as job loss or illness perhaps.  Then see how these scenarios impact your housing and budgetary concerns, and factor them into your planning.

Many people that purchased houses in the early 2000’s found themselves buying their dream home, and quickly found the house becoming a nightmare.   Your house should offer you the security of knowing that you will eventually pay it off and not owe anyone.  It should allow you the freedom to pursue your dreams within it.  If you focus on what you need and avoid the two income trap, you can buy your freedom house.