Giving Up Side Gigs- An LoA Standpoint 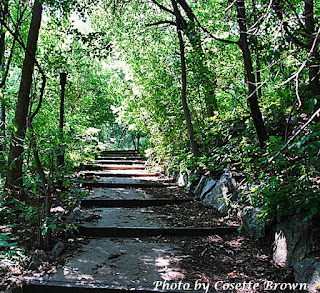 In the recent posts The Price of Busy and The Price of Busy- Part 2, I have detailed for you the experience I've had with regards to my side gigs.  I have explained my thought processes as I've decided to give them up, and the monetary ramifications (or lack thereof) of doing so.  You see, I've white-knuckled my finances for the better portion of my life, grinding away at every task before me.  The truth is that I've gotten pretty good at that over the years, and it started to take its toll on me.  I think my belief in the Law of Attraction existed before I knew that terminology for it.  The concept that like attracts like is pretty easy to understand (though can feel fairly complicated to apply in certain areas of life).  The funny thing is that I didn't apply it to the white-knuckling of my finances.  If like attracts like, then grinding away attracts more grinding away.  In other words, by constantly working myself to the bone in order to get ahead, I basically just set myself up to continually need to do that.

Don't misunderstand me.  I am a proponent of taking inspired actions in order to facilitate success, but it doesn't need to be that hard.  I proved that to myself when I set and achieved my last savings goal. It was time to apply the same principle to my side-gig situation.  I was tired of feeling so exhausted.  I wanted to continue to earn extra income but wanted to earn it through another one of my passions...

For months, I had been chipping away at an opportunity... and the funny thing is that I fully believed that the opportunity would come through.  But what would happen when it came through?  I had my time so stuffed with other things that I wouldn't have had the time to devote to it.

I had been performing the first step, I had placed my order.  What I had failed to do was allow it to happen.  Think about it.  You would literally never order a dresser for your bedroom, but fail to make room for it to be placed there when it arrives.  Why would I do this with my opportunity?  I had placed my order with the universe for the opportunity to arrive and then failed to make space for it to come into my life.  That was until last Spring.  I had decided with my partner that I was going to scale back on my side-gigs so as to reclaim my time.  I had already dropped the ACT/SAT proctoring gig.  By June, I had wrapped up PM School and Saturday School classes.  After a relaxing summer of travel, I returned to school in the fall prepared to pass on the extra teaching gigs.  It was easier said than done.  Since everyone was used to me performing these functions at work, they naturally anticipated that I would continue to do so.  People kept asking despite the fact that I continued to say "No."  That part was difficult for me.  It was uncomfortable to say "No."  With each additional ask, I grew a little stronger.  I was kind about it, but the answer was still the same.  "No."  Then an email came out announcing that there would be a meeting with regards to this program and inviting all interested parties to attend.  I felt so much anxiety about this meeting.  Normally, I would go.  I knew this time would be different, but old habits die hard.  I was used to "the grind" and having a hard time divorcing myself from it.  The meeting was scheduled for 3:00 on a Friday afternoon.  I remember class let out at 2:40.  I quickly packed up and headed for the bus stop.  I finally grabbed a seat and promptly started playing on my cell phone.  At 3:40, not quite home yet, I hit the email button on my cell phone.  I noticed an email that made my heart race...

It was a correspondence about the magazine.  My column was approved!  I was to immediately begin working as a personal finance columnist in a national publication!

This was everything I had "ordered from the universe," and it was no coincidence that it was delivered to me 40 minutes after I did NOT appear at that meeting.  I had ordered the dresser long ago, but I had to make room for it to be delivered!  To put this another way, I had to take an "inspired action."  By rejecting the verbal offers, then not attending this meeting, I had made space for the delivery of the thing I wanted... And I received it!

Posted by Alacias Enger at 7:21 AM