How LoA is helping me deal with my student loans 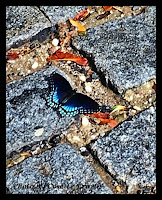 In June, as my school year came to a close I filled out the paperwork to track my progress toward student loan forgiveness (under the public service program).  This action created quite the upheaval in my student loan life.  You see, by filling out this form, it triggered the movement of my loans from Great Lakes (the company servicing my loans for the past few years) to Fed Loans (the organization that services people in the Public Service Forgiveness Program).  By August, the folks at Fed Loans had generated a groovy little report for me that told me how many payments I've made toward forgiveness.  Right now, it looks like I have just under 6 years of payments until until I am eligible for the rest to be forgiven.

I'm really not counting on this forgiveness program for several reasons.  First, I am not convinced that I will still be working full time in 6 years.  Moreover, I do not like putting myself in a position where I "have to" do so simply because I am relying on someone to forgive my student loans.  If I want to do something else in life, I'm going to do it.  So, why did I even bother to file the paperwork?  Because of the unknown.  Maybe I will still be teaching full time in 6 years, and maybe there will still be a balance to be forgiven.  While there is any uncertainty, it doesn't hurt me to file the annual paperwork.

I'm already eligible for the Teacher Loan Forgiveness which would generate about $5,000 in forgiveness (the $17,500 that teachers like to talk about only applies to certain license areas like Math, Science, Special Education...  Look at the fine print so you know what you're really getting yourself into).  You can't really double dip with these two programs.  If I pull the trigger on the five grand, the clock gets reset toward the Public Loan Forgiveness.  In other words, I would be suddenly on payment 1 of 120 again rather than payment 50 of 120.  So, if/when I make that choice, I had better be really certain of my plan, and I am still working that out.  My partner and I are going to buy a Condo/Co-op.  After that we can reset our goals.  So, until then, I will keep eyeballing the situation.

The truth is that I'm feeling really good about the situation because I really feel like I've got options, and I see several ways in which I will pay these off.  By Law of Attraction standards this is key, feeling good.  When you feel good about the actions you're taking, you know you are on the right track.  Feeling good is also how you know that your actions are "inspired actions" as opposed to ones based in fear or scarcity mindset.  Fear and scarcity mindset are abundance repellent.

There was one thing I wasn't feeling great about.  When I submitted my information for the annual review of my IBR (Income Based Repayment Plan), they increased my payment by about $100 per month.  I can pay it, so it's fine, but what I didn't feel great about was not understanding why.  My income hadn't really changed from my perspective.  My increases as a teacher are really tiny unfortunately, and I had dropped some side gigs, so I figured things would stay roughly the same.  After the transition to the new servicer, I called in to have them reviewed.  Apparently the tiny increase I did get placed me in a bracket that made me ineligible for a "reduced payment" which I had previously gotten.  Understanding that made me feel pretty good about the whole thing.

What happened next was that the woman on the phone explained that if I switched into the Revise Pay As You Earn plan, I could qualify for the payment to be $100 cheaper again.  This payment plan is also one that is eligible for Pubic Service Loan forgiveness.  So, it seemed like a no brainer.  She filled in the application and emailed it to me.  She explained that if I don't send it back, nothing changes.  If I do send it back, they'll switch my plan.  Then she explained one more thing.  If I switch plans, this one particular plan has a somewhat strange detail to it.  Month number one under this "new plan" would not count toward forgiveness and would be of any dollar amount I decided (as long as it was at least $5).  So, on month number one, I would pay five bucks and not get credit toward forgiveness.  Then month two, my payments would be $100 less than they are currently.  I told the woman that I would speak with my partner about the details, and then decide.  We work as a team an like to discuss these matters.

I came home with all of this information for her.  She said "How do you feel?  Literally, what does your gut tell you?"

"Don't do it.  Stick with the plan I'm currently on. What does your gut say?" I responded.

"Exactly the same.  Switching doesn't feel right."  She agreed with me.

You see, on the surface, this looks like a no-brainer, saving $100 a month...  But actually, it would cost me more in the long run.  I really don't want to be under the weight of student loans forever, and I don't really want to feel forced to work full time until forgiveness.  While saving an extra $100 a month would be great, given we're looking to move into another home in the near future, this $100 would literally just pile up more interest that I would either have to pay off or keep working full time to obtain forgiveness on.  Both scenarios trigger a scarcity mindset and feel very entrapping.  I don't like the way that feels.  My freedom is worth a lot to me.  Offering me a "savings" of $100 a month feels like it's tricking me into being on the hook for longer in every sense of the word.  Again, that doesn't feel good.  Feeling powerful draws money in; feeling bad repels it.

Do we need some more math to appease the mind?  If I keep paying the same monthly payment I am currently on for the next 6 years, I will have paid an amount equal to 85% of the current balance.  Of course interest will be thrown on top of that during that time, but if I'm going to spend that much money anyway, does it seem "logical" to wait to spend that much.  If in the next 12 months, I paid the same dollar amount that these payments would have me pay off in 6 years, and apply for the Teacher Loan Forgiveness for my $5000, these loans would be 91% wiped out and I would have bought my freedom.  Oh, and here's another one!  The student loans are broken into four smaller loans, two of which have an estimated payoff date that's 6 months before they're eligible for forgiveness.  Hmmm..  Doesn't sound like a great deal to me.  The other two loans will theoretically still be in repayment, but still... Of course this assumes my payments remain the same as they are now... But how will the payments change if I get married?  At that point will there be more than $5000 left of the two loans still in repayment? Plus any forgiveness amount becomes income on my taxes the next year... and the time...

Both of these repayment scenarios work out "logically," but how do they feel?  Which scenario makes me feel powerful?  Honestly, the second one makes me feel powerful.  I want to be free because then, I can wake up every morning and decide what I am doing with my day, and not have it decided for me.
Posted by Alacias Enger at 1:15 PM