Experiencing Contrast and Coasting to Coast-FI 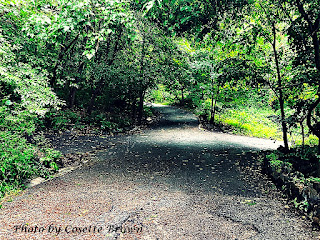 Everything happening with the reopening of schools has created some serious internal conflict in my life.  Let's be fair, it has created some serious conflict in the lives of many.  In Law of Attraction terms, this inner conflict is also known as resistance.  I am experiencing some resistance.  I have been contractually obligated to return to the building to teach in person.  I care very deeply about my students, colleagues, and administrators, but I also feel that returning to in-person instruction is unsafe.  This is the essence of my conflict, and I am realizing that it is a very important source of contrast in my life.

In its simplest terms, it's internal conflict.  The term "contrast" is perhaps a bit more specific though because contrast is the distance between where I am, and where I would prefer to be.

Why is contrast important?

The most beautiful thing about contrast is that it highlights that which we truly want.  If everything always felt smooth, we wouldn't have reason to change direction or become inspired to take a new action.  When I look around, and see something that I am unhappy with or feel conflicted over, I understand that it is something that I need to look at further.  It might be indicating to me that there is something I want to do.

Where I am currently: I am obligated to perform my work in a way that doesn't feel good to me because, under this very specific circumstance (not pre-pandemic), it feels unsafe to me.

Where I want to be:  I want to have more freedom of choice.  Simple as that.

What does this mean?

I would love to move my instruction to virtual space right now, rather than physical.  That might be a temporary desire on my part, but the point is that I would like to have a freedom that doesn't exist in the current circumstance.  Since there is such a distance between where I am currently, and where I would like to be, it begs the question:  How do I get to a place where I have that kind of freedom?

As I've explored this contrast, I've realized that I will probably learn more things about what I really want, and what it is showing me over the coming weeks.  As of right now, it keeps making me think about my finances and an article I read that was written by my friend, Jess of the Fioneers.

In short, Jess was talking about the concept of Coast-FI, and how it is not only a stop along the journey toward full FI, but also fits in with the Slow-FI movement.

Let's pause for a quick tutorial.  In case you don't recall, FI stands for "financial independence."  This is the point at which you are no longer required to earn money from working because you have enough income from passive sources to sustain yourself.  Slow-FI, refers to people that are pursuing FI, but also taking their time and using incremental gains in order to improve upon some aspects of their life along the way.  Once you've achieved Coast-FI, it means that you have secured enough money to fund a traditional retirement, and no longer need to be saving toward that goal. At that point, you only need to earn enough money to support your current needs.

As I read her post and started playing with her groovy little Coast-FI calculator, I realized that we're only a bit over two years away from achieving Coast-FI.  The truth is that this information wasn't really news to me, but somehow the combination of the piece she'd written (and calculator) opened my mind into seeing it a different way.  I realized that as soon as I am confident that 70-year-old me is financially secure, I can stop splitting my focus between "retirement me" and "current me."  The realization that I was such a short period of time away from having my retirement locked in, made a wave of peace and inspiration wash over me.  It's that feeling that helps me to know that I am on the right track.  We don't really have to change our plan of action all that much to become Coast-FI in a couple of years.  Essentially, we can just coast our way there, and focus our attention on developing our lives in the way that we want them along the way.

There may be more to glean from the contrast I am currently experiencing, and it hasn't just suddenly disappeared, but I feel confident that it's directing me on my Slow-FI journey as we coast into Coast-FI.

Posted by Alacias Enger at 6:50 PM