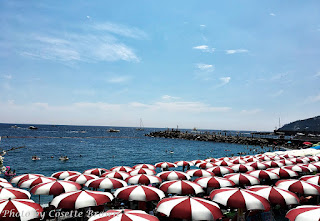 About 15 years ago, I completed a professional musical theatre training program and was just starting to establish my non-student life in NYC.  I was a woman with a mission.  I wanted flexible, part-time employment that would provide me with enough income to afford my new life and the ability to attend auditions simultaneously.  I was already employed a few hours a week working as a personal assistant for a retired actress in the Village.  It was probably the best gig I'd ever had, as I gained so much more from the experience than money.  The handful of hours per week I spent sitting at the table she'd had Burl Ives carry in from the street, drinking tea, and preparing my errand list for the day gave me the opportunity to gain wisdom and a deep friendship that would last the remainder of her life.  I earned enough money from this arrangement to keep me in groceries, and feed my desire to consistently consume art: my Lolita, as she used to call herself, used to offer me her second ticket in exchange that I assist her in getting to the theatre.  The joy earned from this experience far outweighed the money, and I needed to collect another job.

My next-door neighbor had just gotten a job bussing at a restaurant in the neighborhood and told me that they were hiring wait and bussing staff, suggesting that I go down there with a resume and talk to the manager.  I had literally never worked in a restaurant but decided to give it a try.  I needed a job, and thought a free shift meal, in addition to nightly cash to work somewhere I could walk to would be a pretty good arrangement.  You see, I've always been the type to look for hidden benefits built into employment opportunities...  There were two managers, one of which I spoke to that day: a young woman with silky brown hair, very put together, and slightly intimidating to a girl who'd never worked in a restaurant before.  I can't imagine what she must have been thinking when we chatted, but she took a chance on me and gave me a job.  I was given a manual to memorize and immediately scheduled for their upcoming wine course, conducted by the other manager, a dapper, British gentleman who also happened to be a wine connoisseur.  Looking back I realize how lucky I was to have had the opportunity to learn from this gentleman.  Prior to his class, my only knowledge about wine was which kinds I liked, and he gave me the chance to learn so much more.  I met some truly wonderful people working at the café, but truth be known, I didn't ever become truly good at waitressing.  My saving grace was that I had the "right personality" for it, and customers generally liked me.  I was competent (just barely), but was nowhere near the graceful ballerina that most professional waitresses appeared to be.  But, hey!  You're not really an artist in New York City if you haven't been a waitress, right?

Around the same time, a dear friend of mine, a teacher in the East Village, planted an idea into my mind.  She had helped me to secure a temporary gig at her school several months prior teaching a drama elective in the spring.  She told me that admin really liked me and that if I got set up with the DOE, they'd call me in as a sub when teachers were out.  I could make about $150 a day before taxes, and easily be called in a couple times a week; sometimes more.  I was thrilled at the opportunity and within a couple of months, I was on the payroll.

Nearly a year later, I had three friends getting married over the course of one summer, and I was to be involved in all three weddings.  I remember the first thought that entered my mind, "How am I supposed to try to get hired for a Summer Stock if I have to fly all over the place for these weddings?"  Well, when I'm committed to an idea, there's literally no stopping me.  As it turns out, this isn't unique to me, we're all like that.  The Universal Law of Commitment indicates that the key is in having no indecisiveness whatsoever.  If you commit to a thing that aligns with your overall purpose, things seem to simply fall into place.  Now, at the time, I didn't know anything about laws of the universe, but doesn't it seem like all throughout this story, I was doing exactly that?

Well, the tale gets even more interesting.  I simply decided that it would be too difficult to attempt a Summer Stock somewhere, so I'd just produce a play in Portland where two of the weddings were going to be (and where I used to live).  I also decided that if I was going to produce a play myself, I "might as well just file with the IRS for nonprofit status," and I did.  It took me about three days, with help from a good friend (one that would be working with me).  Now let's just stop for a second.  Seriously, who does that?  Apparently, I do.

I pressed pause on my three jobs, knowing they'd still be there willing to take me back when I returned several months later, and booked an airline ticket.  About a week before I was set to depart, I was chatting with a friend in Portland.  She's a kind and practical woman.  She asked me "So, where will you be staying?  Have you set that all up?  Do you have any part-time work lined up?"  I basically responded by telling her that I didn't know on either account but that I wasn't all that worried about it, and the truth is that I didn't know, and I wasn't worried about it.  I just believed that it would all be fine.  I had a few thousand dollars and a lot of friends.  That was plenty, right?

It turns out that it was plenty! I had two friends with spare rooms that gave me keys to their homes, and a couple of friends that were in positions to hire me on a part-time basis.  I almost immediately became employed in a local gift shop and for a friend that really just needed a personal assistant because he was working so many hours between his two programming jobs.  He really needed help getting things accomplished in his personal world.

The truth is that I bounced back and forth like this for about two years before I started producing so much theatre on the West Coast that I decided to stay put for a few years.  It was one of the happiest times in my life thus far.  But why was it successful? 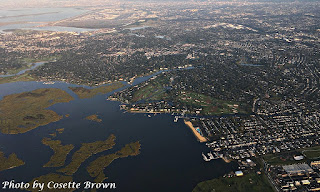 First, when I look back I see that I was operating from a place of unwavering confidence.  I was going to become employed in both cities in a manner that was flexible, and provided enough income.  I was also going to be granted nonprofit status.  I was going to successfully collect the people, venue, etc., required to produce theatre.  There was literally never any doubt!  Again, the Universal Law of Belief tells us that we can have whatsoever we want so long as we can give up the belief that we can't have it. "The belief that we can't have it" is a phrase that speaks directly to the limiting beliefs we seem to build over time. What's interesting to look back upon is the fact that it doesn't seem that I had any limiting beliefs in this arena.  So, this universal truth is speaking to the idea that in order to have anything we want, we must be willing to release our limiting beliefs.  Limiting beliefs come directly from the mind, not your inner being.  The mind's ultimate job is to protect us, and it does a tremendous job, however; in the process, it also adds the perception of limitations that aren't always there.  Thinking back to this snapshot of success from my past, it occurs to me that I didn't really give my mind a chance to develop these limiting beliefs.  It seems that I gave my mind better things to work on, in addition to ample evidence that there wasn't much to worry about.  I kept my mind very busy trying to work out the logistics of producing my first play.  It didn't have a lot of time to stew on unnecessary, self-inflicted drama.  I was also able to rationalize that I didn't really need much money.  I wasn't sure where I was staying, but I knew that I could cobble things together given the sheer volume of kind and generous friends I had in the area.  I had sublet my room in Brooklyn, so I didn't need to worry about bills there.  My student loans hadn't become due yet, so I wasn't in repayment for them.  I had one tiny little credit card, a cell phone bill, and needed to feed myself; I had a few thousand dollars and figured that I didn't have much to panic about financially speaking.  Even if things didn't work out the way I would have liked them to, I didn't have much to lose.  It was an adventure either way, and either way, I was going to be just fine.  There was nothing standing between me and taking the action I desired, primarily because I cut limiting beliefs off at the pass.

It seems as though limiting beliefs are the enemy of inspired action, and they're easy to have where money is concerned.  But we can't make progress if we're unwilling to take inspired action when it comes to us.  It isn't enough to merely want, you have to take a step toward something if you are to have it.  In this way Law of Attraction and The Law of Inspired Action are inseparable.  Had I told myself "I can't afford to do something like THAT" I would have missed out on the most incredible adventure of my life.  Because I was willing to take action, I started my nonprofit, produced more than 20 shows, met my beautiful partner, and ended up with our first rental property.  Some of this might sound unrelated, but the truth is none of them would have happened had I been too afraid to step on that airplane.  I can't imagine my life without that experience.  I am also realizing that I was able to utilize personal finance to protect myself from a limiting belief setting in.  The fact that I had very low expenses and a few thousand dollars in my account gave me confidence in my ability to spring into action.  Had I only $20 and a lot of bills, I might not have even bought the ticket, let alone gotten on the airplane.  On a mental, emotional, and spiritual front I can see that being 100% committed to my goal, and having unwavering belief in that goal was absolutely key.

Now I'm 15 years older, and my mind likes to yell at me about things like health insurance, retirement, and a much larger savings target.  As we grow older, it's altogether too easy to find ourselves adhering to society's standards.  But society's standard doesn't have to be my standard, and the same wisdom still applies.  I can insulate myself financially, and maintain absolute certainty about that which I am pursuing.  In that respect, we can quite literally live the dream.

Posted by Alacias Enger at 5:31 PM