The Purpose of Money: Part 2 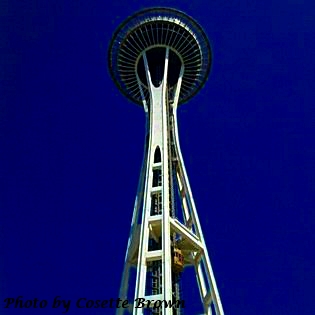 I received a package in the mail the other day.  I love receiving packages.  They're always filled with love from the person that created the assortment inside, and there's a distinctive sense of wonder and curiosity that gets fulfilled when you finally get it open and feast your eyes on the content inside.  This recent package was from my step-mother.  There were several gifts inside, all of which was extremely thoughtful.  She's a very thoughtful woman.  One item, in particular, captured my attention.  It was a board game called "Ticket to Ride."  Apparently, my sister had picked it out knowing I'd love it.  Immediately, I knew why.

Our father passed away many years ago.  She was just a child at the time, and I was fully an adult.  I was in my late twenties actually.  Despite living several states away, I was determined to be a part of my siblings' lives (I also have two brothers from my step-mother). This is easy to say, but significantly harder to do.  I was working in the banking industry earning less than $30k/year.  While I realize that most familial relationships aren't about money, having some could certainly make the logistical parts of maintaining them much easier.  This portion of my family is in the Midwest, and at the time, I lived on the West Coast.  Vising a small town in the Midwest can be expensive due to a limited number of airlines flying into the smaller airports.  On an already tight budget, this can feel like a huge limitation.  Well, I don't deal kindly with limitations.  Don't get me wrong; I have limiting beliefs like anyone else does, but I have a tremendous will and belief in my ability to do anything I put my mind to doing.  This is how the Universal Law of Belief works.  You can have whatsoever you with so long as you can give up the belief that you can't have it.

It all started with an idea.  A couple of years after our father passed, I had an inspiration.  I wanted to take my siblings on a trip.  Now, pretty much anyone in the world of personal finance would have told me to do something else with my money: pay my debt off, save my emergency fund, increase my retirement contributions.  To a certain degree, those things would have been the "right thing" to do, but in my heart, the "right thing" looked very different.  It looked like me being with my family.  I spoke to my step-mother first.  She was willing to allow my partner and me to travel with the two older children.  My youngest sibling was still too little to be without his mother, which I had also thought.  So, I started to save.  I believe I was saving $150 per paycheck, and at the time that felt like a huge dollar amount.  I mean, honestly, it was a very hefty percentage of my take-home pay.  But I just did it.  It was the very first transaction I did every, single payday.  Subsequently, that habit of paying myself first has remained with me over the years and lead to huge amounts of financial success in a vast number of subcategories.  But, I digress.  I was able to save enough money to purchase train passes for the four of us on Amtrak, complete with travel journals for the kids. The passes would allow us to hop on and off the train for a certain amount of segments within a certain duration of time.  So, my partner and I took the train to their town, picked them up, and headed toward Seattle. On the Empire Builder, which was the name of the route we were on, we would find places on the observation car, where you could take in the most beautiful views.  We had a cooler packed and some games.  We'd look out the windows, play games, and document what we experienced.  We stayed in Seattle for a few days, visited family, and a few touristy destinations. Then we hopped on the train again.  This time we traveled to where my full sister lives with my mother.  When my step-mother found out that we were going to see my other sister, she hopped on the train with the little one and took it to that location.  My mother and sister picked the whole lot of us up from the train station, and it's quite a lot to imagine. It takes two very remarkable women to make the sort of choice that would bring us all together like that.  I like to think my father would have liked that... The most remarkable moment was a simple one.  We were all at my mother's house, barbecuing in the back yard when my step-brother came over.  I realized in an instant that it was the only time I had ever been with all of my siblings at the same time.  Most people take for granted that they can do that, but it's something that I had never experienced.  It's a moment I will cherish for the rest of my life.

I suppose that I should say that this is a financial post about the power of paying yourself first or a Law of Attraction post that highlights the Universal Law of Belief...But the truth is that I think this is really a post about the purpose of money.  I didn't do what the financial experts would have directed me to do, not at all.  I voted for my priorities with my dollar and it literally lead me to one of the greatest experiences of my life.

Posted by Alacias Enger at 4:16 PM