The 3 Stages of Manifesting 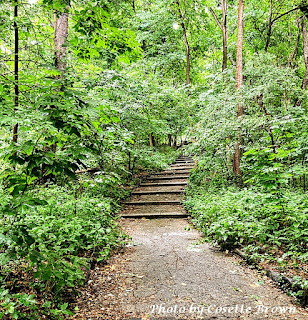 As my Law of Attraction practice becomes more publically known, people shyly emerge with their curiosities. One thing people frequently want to know about is the art of manifesting.  According to Merrian-Webster, one definition of the word manifest is "easily understood or recognized by the mind."  The definition itself surprises me, as it takes into consideration the role of the mind and its perception in the process of transforming our desires into reality.

The word "manifesting" gets a bad wrap; the perception is that it's only for the super woo-woo, but the fact of the matter is that we're all manifesting all of the time.  Unfortunately, many of us are just doing it in the least efficient way possible.  The reason for this is because most of us are in Stage 1 of manifesting with no realization that there's an easier way.

Before becoming aware of how our thoughts, feelings, and faith play a role in manifesting things into our experience, most of us find ourselves in the stage of efforting.  In our culture, we hear phrases like "hard work" pays off and "the early bird gets the worm." Now, mantras such as these instill positive values such as being proactive and taking pride in a job well done, both of which are wonderful qualities.  Where the drawback lies, is that it sets us up to believe that our literal effort is the key factor in our success.  It fails to account for the roles played by our mindset, emotions, and faith (among other societal factors, which I'm not getting into right now or I will find myself traveling quite a ways down another path).

In Stage 1, people go about manifesting things into their lives by striving, giving huge amounts of effort, by grinding away.   When I think about this stage, I think about myself a few years back.  I had three side gigs that involved working for other people.  I'm incredibly thankful for the abundance it brought to me and that the opportunities were there when I wanted them.  However, all three of those side hustles felt very much like "grinding" to me.  To me, grinding doesn't feel like flow.  Flow feels peaceful; it feels like ease.  Grinding feels like walking uphill both ways in a blizzard.  It just feels hard.  I found myself constantly drained; constantly exhausted.  However, I was manifesting what I wanted.  I paid off all of my credit card debt, my private student loan, and cash-flowed two trips to Europe. I just couldn't help but wonder if there was a way to manifest my desires that felt more energizing to me...

At a certain juncture in the Law of Attraction journey, people often come to the realization that it is possible for us to manifest that which we desire without feeling like there is so much grinding away to get it.  A person in Stage 2 focuses on the feelings associated with the experience they'd like to obtain.  This focus accomplishes two things that are key.  First, focusing on actually feeling the way they'd feel if they already had the experience they'd like to obtain places them in vibrational alignment with that experience which makes it easier to attract.  Secondly, being in vibrational alignment with the experience we'd like to attract is more likely to become the breeding grounds for Inspired Action.  When we align to that which we want emotionally and allow ourselves to be open to possibilities, we often find that there are steps unfolding right in front of our very eyes that we legitimately want to take.  These moments of clarity lead to Inspired Action.  Inspired Action feels like flow as opposed to grinding.  These steps feel energizing rather than energy-draining.

Stage 2 involves actively playing with the mind in that it requires monitoring of thoughts because our thoughts trigger our emotions.  If we are trying to feel as though we already have a certain level of abundance in our experience, we must be thinking thoughts that trigger those feelings.  If we allow ourselves to think things that are contradictory to the feelings we are trying to have, we risk manifesting in the wrong direction or hindering our own progress.

Negative Thoughts:  Often these come in the form of limiting beliefs and scarcity mindset.  By allowing ourselves to think thoughts like "I can't," we are aligning to the vibration of lack, and trigger the emotions that pair with lack. Inspired Action has no place here, and we risk manifesting in the wrong direction.  This might sound like "I can't get that promotion."  This triggers low feelings and no inspired action. In fact, these thoughts and feelings might trigger you to respond in the opposite way.  You might not feel inspired to even apply for the job.  If you applied for the job, you might not present yourself in a way that shows that you are the person for that job because you don't even see it.  You likely won't be able to act the part, and will likely experience the results accordingly.

Neutral Thoughts:  Neutral thoughts are a beautiful thing when you are trying to rise up from some lower emotions.  Sometimes, it feels like too much of a stretch to go from "I can't" to "I can," and you literally need somewhere in between.  Neutral thoughts trigger neutral emotions.  Neutral emotions have little to no attraction power.  So, why would I bring them up?  Because they won't start you down the path of manifesting in the wrong direction.  It's like you're trying to cross a path with a huge puddle of water in it.  You can't get to the opposite side in one jump.  So, you jump to a dry patch in the middle first; then you make a second jump to make it to your desired destination.  While you were in the middle, you weren't quite where you wanted to be yet, but you managed to keep your feet dry and regroup.  What do neutral thoughts sound like?  It might sound like "It doesn't really matter if..." or "It's okay either way."

Positive Thoughts:  Often positive thoughts can trigger us to feel like we already have the experience that we want.  When we allow ourselves to think things like "I can.." or "I do have..." we are aligning to the vibration of the thing we desire. Emotionally we feel like we're pretty much already there.  I remember auditioning for a production of Joseph and the Amazing Technicolor Dreamcoat.  I knew I'd be cast in the production before I ever walked in the door of the audition.  I literally already felt like the part was mine.  So, when I walked into the room, I felt amazing. Singing my song was basically just a technicality as far as I was concerned.  I had to fill out a little questionnaire to turn in with my headshot and resume, and I got inspired.  On that paper I distinctly remember writing "I've done this show three times before and if you decide to go an entirely different direction with this production, making it a one-woman show, I'm your gal!"  Okay, I've never done something so strange going into an audition before, but I felt somehow inspired and wasn't really married to the result. So, I did it.  I walk into the room, turned in my papers, and sang my song.  The director noticed what I wrote on my paper and started laughing!  This started up a bit of a conversation between us and before I left, he said that I should call back on Tuesday in order to find out if this would be my "number 4."  Well, it was. I was cast in that production, and he proceeded to call me "Number 4" the entire run of the show.  Now, I share this little anecdote with you not to provide audition advice, but rather to demonstrate how positive thoughts lead to positive emotions and inspired actions, which in turn lead to positive outcomes.  There's also a little side lesson here about surrendering the outcome, which relates heavily to stage 3.

Stage 2 feels significantly easier than Stage 1 in that it's entirely less exhausting.  The fact that Stage 2 is heavily reliant on the mind creates some difficulty of its own in that the mind very much wants to fall into old patterns of thought, and is susceptible to picking up resistance, and reinforcing limiting beliefs and scarcity mindset.  Stage two might be best thought of as a bridge to Step 3, where the art of surrender and allowing replace the need to constantly keep your thoughts and feelings in check.  Stage 3 comes with the most ease, but is extremely difficult for those starting out!

A person in Stage 3 isn't especially concerning themselves with their thoughts and emotions.  That is not to say that they aren't aware of them, they very much are! But they aren't focused on them because their process has moved beyond the restraints of the mind and into the realm of true faith.  That sounds big, doesn't it?  True faith...  It's the most peaceful way to live, but not necessarily easy to get there...  So, how does someone in Stage 3 manifest that which they desire into their experience?  The process might be described in three steps.

This step might also be called offering.  In this moment, you recognize your desire for something.  You automatically have positive thoughts and feelings, but you don't particularly need to focus on them.  They're just there.  You take whatever the thing is that you want, and you surrender (offer) it.  In the act of surrender, you also release yourself of the obligation to worry about it, leaving space for yourself to continue to feel good about it, and also leaving space for inspiration.

Once you've surrendered (or offered) the thing you want, the next step is to let go of the outcome or one particular course of action. Sometimes in life, we spend a lot of energy trying to force a certain outcome or course of action, and in the process, we lower our own vibration and close ourselves off to inspiration.  Do you know what happens when you simply let go?  You become more open.  You open up a space for inspiration to come in.  Sometimes, you will have a knowing and the correct actions to take will simply come to you, not through effort, but through a gentle knowing.  That knowing comes most easily when you're not trying to force a particular outcome.

You've offered up your desire for something, and let go of the outcome.  Now is the part where you get out of the way.  Sounds crazy, right?  Well, there is a lot to the art of allowing, but one element is that you get out of the way and remain open.  What are you remaining open to?  Inspiration, possible actions, the thing itself to flow to you.  We also need to allow our own intuition to lead us in the correct direction.  We have an amazing internal guidance system that will steer the ship if we let it.  Back in Stage 2, there was a lot of need to actively work to keep the mind from getting in the way, but that is much less the case here, as that has become much more automatic.  In Stage 3, allowing is synonymous with openness.  In this final step, we simply remain open to possibility and let things flow.

In reality, Stage 3 is a fairly difficult place to get to, and even harder to remain in.  I suspect Eckhart Tolle resides in Stage 3, but I haven't had the opportunity to ask him.  Just knowing that Stage 2 is a bridge to Stage 3 gives me faith that we all have the ability to make it there if we simply allow it.

Posted by Alacias Enger at 6:03 AM