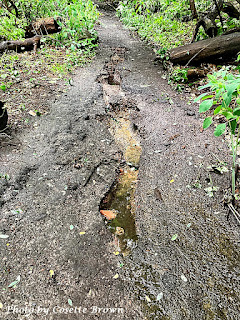 Sometimes life feels to be a bit of a maze with twists and turns; we run down one corridor only to find a wall standing between us and our intended destination. So we turn around and run in another direction; perhaps, even faster than before.  Mostly, we're running toward one universal target: Freedom.

Do you often find yourself in places you don't want to be?  Wake up on Monday morning, flood your body with caffeination to replace the motivation that simply isn't there?  If this is your Monday ritual, you may be experiencing a form of resistance.  If you close your eyes and picture your life without barriers, what does it look like?  Where are you?  What are you doing?  More importantly, what barriers are standing between you and actually living this life?

There's a plague it seems, a plague where people spend their time doing things they don't want to be doing to support a life they aren't convinced they really chose but rather stepped into like a pair of coveralls. Beneath the coveralls lies the real you.  It takes bravery to peel off the coveralls and step into the truth of who you really are, but your happiness lies there and you must believe that you're worth it.  The Universal Law of Self Worth confirms that you can only attract that which you feel worthy of having, therefore the first step is a mental one, it's to give yourself permission to admit that you actually want that life you see when you close your eyes.  This is a part of the expansion of who you are and it might come with growing pains, as we've all become accustomed to simply adopting the life that's been laid out before us.

In order to pull the string a little further on analyzing the resistance that we experience when slammed up against the barrier between where we are and where we want to be, it might be of value to consider wisdom found within the Universal Law of Dissonance.  It states that you will experience mental discomfort when you hold two conflicting beliefs or your actions are in conflict with what you believe.  In this state, the only resolution is to change the action to align with the belief or change the belief to align with the action.  In the second case, this can either result in the rationalization of behavior or a genuine realization that the belief that's been being held onto isn't actually authentic to the person.  If the belief is "work should be fulfilling," and the action is to go to a job that brings you no satisfaction day in and day out, this is a conflict and you're experiencing a state of resistance.  The good news is that this resistance highlight that which you do want, but it also requires that you investigate whether the action or belief needs to change in order to return you to optimal alignment.  Obviously, these examples provided have been within the theme of work because that's an area of dissatisfaction that impacts so many, but it's important to recognize that this holds true with many other aspects of life.

While it's a wonderful psychological exercise to tell ourselves that in fact we deserve the level of freedom that we see when we close our eyes, and we've come to recognize that our actions are disharmonious with our beliefs, how do we prepare our financial lives to support us in stepping out of the coveralls and into a life with the freedom we desire.

There are a few components to this first step really, but the gist of it boils down to one key idea: the less we're on the hook for each month the less money needs to be generated.  Now, I'm not suggesting that you stop getting haircuts or cancel your weekly family pizza nights, but I am suggesting that you look at your spending plan and consider what is essential.  If there's any debt on the table, you will probably want to eliminate that because every single dollar that you spend on debt is a dollar that you are spending paying for your past rather than living in your now or preparing for your future (which is actually the next step).  Once you mentally take your debt off the table, take a look at your other spending.  If it meant you could obtain the ultimate freedom would it be worth driving a less expensive car?  Getting fewer haircuts?  A cheaper cell phone bill? Getting a roommate?  The answer should only be yes on items that inspire you but realize this.  Every day you are trading your freedom for dollars.  Chose wisely.  Make sure that anything getting those dollars is worth it.

While you may not eliminate some luxuries from your life (hey, I get it, I got a massage yesterday), it is imperative that you walk away from this step knowing how much your life costs you now, how much it would cost you without debt, and how much you really need to have coming in.  You'd be surprised how few people actually know the answer to this.

People tether themselves to a misguided notion of stability due to a lack of understanding about what they will need to finance their future.  To be specific, retirement is a key concern.  Few people are prepared for it, and living under the limiting belief that they must continue to slave away at something they do not love in order to be certain that "everything will be okay" when that date comes.  Wouldn't it feel better to simply take care of the future, by securing your traditional retirement, and then moving on?  Surely you can't enjoy the idea of spending the next 20 years worrying about it.  By knowing what your income needs are (and projecting what they will be), you can determine what you need your nest egg to grow to in order to have those needs met in retirement.  For example, if I grow my nest egg to a million dollars, and withdraw 4% annually, it will generate $40,000 of income.  Does that satisfy my projected future income need?  If so, I know my target... But a million dollars is a lot of money, right? Remember, you aren't trying to save a million dollars, you're trying to grow your nest egg to a million dollars. Let's back out of this.  The Rule of 72 tells me that if my money is making 10% annually on average (similar to the S&P 500), it would take my money 7 years to double.  If I'm 40 years old, I could theoretically get my money to double 3 or more times before achieving a traditional retirement age.  Say, I look up what is currently in my retirement accounts and see that I have $150,000 invested.  If it doubles 3 times, that becomes $1,200,000.  Once it grows to that amount, if I withdraw 4% every year, that's actually $48,000 per year.  FYI, 4% is considered a "safe withdrawal rate," meaning you should be able to take this amount without actually disrupting your nest egg.  Using this math, you should be able to figure out what you actually need to put into your retirement account and by what age in order to allow the power of compounding to do the rest of the work for you.  Once you've done this you have achieved, CoastFI, which is a level of financial independence where you can simply coast until retirement because you've put in enough to allow compounding to do the rest.  This also means that you can turn your attention to bridge investing, investing in non-retirement accounts to help you replace portions of your income prior to your traditional retirement age.

If you've stabilized your income needs, and secured your traditional retirement, you've already eliminated some of the barriers between you and your ultimate freedom.  The next step is to begin working on replacing your paycheck.  This could be done in so many ways.  You could do it through bridge investing, rental property, starting a business doing something that aligns more with the life you are trying to design for yourself...  The sky is the limit.  I personally am combining these strategies, which works for me.  Some people choose to primarily do this via bridge investing, but for me, the simplest and most effective question is simple: How can I replace my income either passively or by doing something that aligns with me?

Once you've navigated the three above steps, you've basically achieved your freedom.  While there might be little things here and there to add in, it doesn't have to be overly complicated. You can live a life where your daily activities align with your value system regardless of what that looks like.  You deserve it, and you can achieve it.