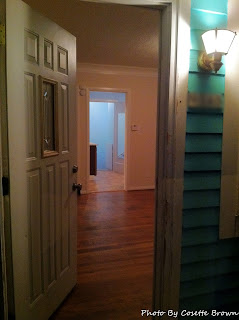 About five years ago, I made a decision that uprooted my whole life.  I decided to move to New York.  I had many reasons to want to do this.  One reason was financial.  I had an employment opportunity that would more than double my income.

You see, I had started working full time in the summer of 2008, right when the economy went south.  I was lucky to become employed full time in a position that offered me medical and retirement benefits.  Furthermore, I liked the company quite a bit.  The problem was that I never earned more than $27,000 a year (before taxes).  I grew up poor and as a result, I became like Houdini with money.  It seemed like I could make it appear out of nowhere.  The reality is that I was just REALLY good at budgeting.  I spent five years working for that wage.  During that time, I bought a house, contributed to my 401k and got the match.  I had a minimal amount of credit card debt, was repaying a private student loan, as well as a federal one (barely).  I stayed out of trouble financially for the most part.  The trouble was...  I just couldn't get ahead.  I was taking home around $700 every two weeks after the taxes came out.  My mortgage payment ate up an entire paycheck.  That leaves about $700 for the month.  How was I supposed to get ahead on that?  The truth was that I couldn't.  Now, I am sure someone out there would've been able to move in with their parents, live rent-free, save a boat-load of money....  But that sure wasn't my circumstance.

In order to change that situation for myself, I literally had to change industries...  You see, unfortunately, I had become pigeon-holed.  At least that was the way I saw it, and employers must have too, because they weren't offering me positions that were at a higher level and paid more (even when I was more than qualified)...

My work history had begun to speak louder than my other qualifications.

If I stayed in my city and in my industry, I would only receive more of the same.  I could probably climb the ladder a little bit, making it into the $30,000 range, and eventually closer to the 40's.  The experts are still out to lunch a little on the exact numbers but a recent CNN report suggests that most of them agree that middle class STARTS around $48,000 respectively...  The way things were stacking up for me, I was going to have to work for the next ten years to reach an income that would still disallow entry into the middle class.

There were bars of steel and iron keeping me firmly locked out of middle class.

The only things that would change this were either: work 2-3 jobs, or change cities and industries.  I did the later.

I took an opportunity in New York City, doing something completely different.  I also now have a Master's Degree.  Changing both cities and industries required a LOT of work on my part (and from my partner).  In the process, my income alone has more than doubled, and that's without considering our rental income or my partner's income at all.    In the past, I really felt like there was an iron gate between being poor, and middle class.  But the truth is, I annihilated that gate.  I have now completely
invaded middle class, and I am not going back. 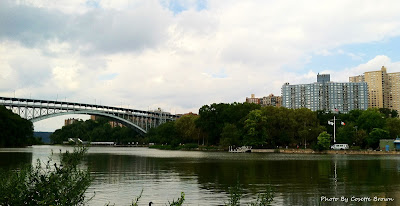 I haven't let lifestyle inflation get a hold of me in the process.  Every single dollar of my new earnings have a very specific job, and it feels amazing that I can do some things that were absolutely impossible for me before.  I have zero credit card debt, and just paid off my private student loans.  I am rapidly working on my federal student loans.  I have a savings account for emergencies.  I invest.  I can afford to update our rental property.  This life change was really hard on my partner and I, but we have persevered, and come out much better.

How many people experience upward class mobility?  The truth is that I have already experienced class mobility in my lifetime, and I am extremely grateful.  I am also taking advantage of the opportunity to secure my future.

Have you or someone you love experienced upward class mobility?  What did they do to secure their future?
Posted by Alacias Enger at 6:06 PM