The effects of growing up poor...

When I stop to consider why I gave my blog name Sense with Cents, I suppose that it seemed to be the most obvious name. "Sense with cents" is something I've always had... or rather what I had to have.... 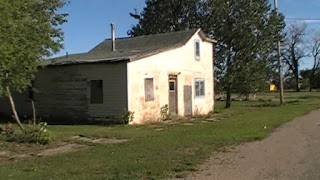 I was born of a teenage pregnancy.  My mother found out that she was pregnant with me shorty before her 17th birthday, at the end of her Junior year in high school. My mother was above average in intelligence, though fairly average regarding academic scores.  At the time, my father was twenty.  He had stopped attending high school a few years before that. He had taken a full-time job opportunity at the local grain elevator, and I suspect that he felt he wasn't necessarily an academically inclined person, although he certainly had a high level of intelligence measurable in other ways. They loved each other and proceeded to marry several months before I was born.

My mother did not complete her senior year of high school in the traditional sense.  She wanted a high school diploma rather than a GED.  So, she enrolled in a correspondence program, and spent the next two years completing the work necessary to earn her high school diploma.  During that time, she had also taken a job waitressing in a local restaurant.  My father's job offered benefits, so we were covered on his insurance.  We were very thankful for that.  He also had a retirement account through the elevator.  His job was very secure, but the pay wasn't necessarily the highest.  You could probably safely say that we were poor. We were making it, but poor.  When I was 4 1/2 my sister was born, and within a year of that she was diagnosed with Cerebral Palsy.

When you're already economically disadvantage, a severe disability coming into play takes things to a whole new level.  My mother was already a frugal person, and wasn't someone that took on debts, but this new set of circumstances required her to go from frugal to resourceful.  She learned how to navigate complex systems not because she wanted to, but because she had to.  She had to learn how to meet my sisters individual needs (medical, developmental, social) and simultaneously meet our family's financial needs, which were growing ever more complicated. A few years later, and through no one's fault, my parents divorced. My father continued to be involved in our lives both physically and financially.  Despite his continual support, our financial lives were still a struggle.

The financial struggle was almost unavoidable.  My parents both came from backgrounds with very modest incomes.  Neither of them had above high school level education.  They had two children, one of which had a severe disability. That is what I would call having the financial deck of cards stacked against you.  During these years, my mother learned how to find every loophole, and jump through every hoop imaginable.  If there was a resource that would help make our family's life easier, better, or richer, she'd find it.  She could find resources that would keep us feed, clothed, and cared for within budget.  She learned how to utilize services for the disabled whether available through government sponsored programs, or non-profits of various natures.  She was committed to making sure that her children didn't lose out on opportunities because we were "economically disadvantaged."  Finding the resources you need is really difficult.  She became VERY good at it because she HAD to... 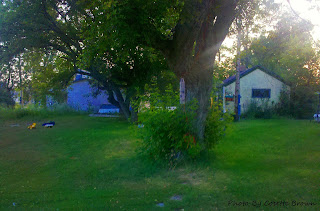 Eventually, my mother decided to go to college and pursue a degree.  She didn't want to feel as
though she was climbing uphill for the rest of her life.  During this time we became a blended family adding my stepfather and step brother.  My stepfather also returned to school.  They worked as much as they were able, being full-time students and raising us...(There were years they worked full-time while attending college.  There were a few years they didn't.) So, there we were: a family of five, living primarily off student loans.  In those days, we grocery shopped once a month for the majority of our food: buying in bulk, repackaging, and freezing items.  Finding out about food outlets where we could get savings, using double coupon deals, taking advantage of grocery store samples for "lunch."  We did back to school shopping about a month into school because that's when student loan disbursements came in, we used a budget, second-hand stores, hand-me-downs, and department store sales.  These were the years of family game night and helping my parents survive college algebra.  We had chores, and got an allowance.  No raises, though; couldn't afford one. We had to budget our allowances, or be broke.  I learned the words "I can't afford that," and it didn't occur to me that there was anything "wrong" with saying it.

In fact, there are things that I learned by growing up poor that many people aren't lucky enough to have learned.  I learned how to use a budget, and basically budget to zero.  I learned how to look for discounts, combine discounts, and use coupons.  I am the QUEEN of the LOOPHOLE: I even went to an out-of-state school as an in-state resident because my mother and I found the loophole.  I learned how to navigate complex systems: I was actually able to claim financial independence from my mother for purposes of financial aid while I was in college.  I learned how to survive without spending money, and make it my "normal," my "baseline." 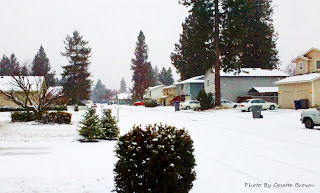 It's pretty ironic that I grew up "economically disadvantaged."  I mean, seriously, middle class was pretty far away....  But that "disadvantage" has really given me an advantage over a lot of people. I really had no choice but to learn to be really savvy....resourceful....smart with my money moves.  Just like my mother, I learned to succeed when failure wasn't an option.  While I don't suppose I would really wish a "poor childhood" on anyone, I would wish them the lessons that went with it because I don't really know anyone that is better with money than I am.  I wouldn't trade that for anything.

And for those of you who are interested, my mother now has a Master's Degree, works for a University as a Professor, owns rental property, has no debt, and owns her home outright.  I guess those lessons have served us both well.