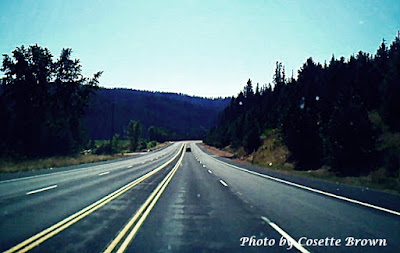 Four years ago, when I officially switched industries and moved across the country I had to do some considerable down-sizing.  I was moving from a 1600 square foot house on the west coast, to a one-bedroom apartment of approximately 500 square feet in New York City.  We really got rid of a ton of stuff, and it wasn't exactly easy.

I'm really big on visualizing the life I want.  I am a firm believer in the Law of Attraction and taking appropriate steps to achieve that which I'm visualizing.  When I close my eyes, I see myself living in a clean place with nice things, though not a lot of them.  What's funny is that there isn't typically much "stuff" that I can see in this vision.  I mean, I'm sure I have stuff, but it all seems to have its place.

When I look around my apartment, it feels worlds apart from my vision.  While I've downsized a tremendous amount, I still have clutter.  While I probably don't have any more clutter than most other people, the clutter I see around me gets in the way of my ability to actually fully enjoy the possessions that I truly love.  This sparks an interesting debate at my house.  While it's by no means an argument, we do have somewhat opposing views on the issue.

My partner's perspective is that while we've been making this apartment work for us, it is entirely too small.  She feels that our space isn't conducive to our lives.  Honestly, she's at least partially right.  You see, our apartment is greatly lacking in the "storage" vain.  There are two tiny, bedroom closets for the entire space.  That's it.  But you see, there is some "stuff" you just need in your life.  Most people have more than one set of sheets, more than one bath towel.  If you have no linen closet, where do they go?  While I could go through plenty more examples of this nature, I'm sure you see the point.

My view on our issue is that we still just have too much stuff.  If we had less of everything, it wouldn't solve all of our storage issues, but it would certainly help.  The truth is that we're both right.  Something as simple as a linen closet would alleviate some problems.  We could also get rid of some more things.

We did a 30-Day DeCluttering Challenge this summer and got rid of lots of things.  We still have some ways to go.  We also don't let things come in without something going back out of our space.  This also helps.

There is a direct relationship between our clutter and our money.   First, and perhaps the simplest is that clutter in your space equals clutter in your mind.  If your mind and space are full of clutter, how can you be your most organized self financially?  Next is the more complicated explanation.  It's the fear of financial insecurity.

Those of you who've read The Effects of Growing Up Poor know my background.  When I was a child, we didn't have money for many extras.  Sometimes we had to wait for the things we needed, and could get them immediately.   When your resources are limited, you hold on to what you have. It makes perfect sense, but also has psychological implications for the future.  Now, I have enough money.  I make a good living, and I can buy the things I need easily.   Regardless of this socioeconomic progress, when I am about to get rid of something, I suddenly get this overwhelming feeling.    The feeling is quickly accompanied by a voice in my head that says things like "What if you need this?  What if you suddenly want it?"  There are so many years of built up experiences telling me that replacing possessions is difficult.  This is a little hard to admit, but if I am perfectly honest, I think I have a deep-seeded fear of not being able to get the things I need.  It's a fear of financial insecurity.  I am genuinely afraid of "not having enough money," and that bleeds over to my possessions.  I don't spend much time talking about fear because I don't care to lend power to fear by giving it my energy, but I think for the case of today's post, it's worth it.  I am working through this fear with a fair amount of success.  I have to remind myself of some things:  I have enough money to replace these items if I actually need it in the future.  If my life isn't improved by having a possession, I can let it go.  I am financial secure now.

Additionally, sometimes, I have guilt about getting rid of things that were "given to me."  I have learned to remind myself:  No one that loves me wants me to keep items that are no longer beneficial to me just because they might have given it to me.  My uncle won't cry because I no longer have the t-shirt he gave me 5 years ago.

Have you noticed a relationship between your money and your clutter?  I'd love to hear your experiences and thoughts below.