Escaping the Past and Avoiding the Future 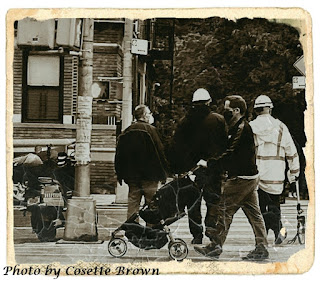 I've received a smattering of correspondences lately from individuals that are either terrified of their future or angry about their past.  It's an irresistible trap, but a trap nonetheless.   All these thoughts are good for is to serve the egoic mind, creating fuel for an illusion.

"To be identified with your mind is to be trapped in time: the compulsion to live almost exclusively through memory and anticipation."

Being trapped in time...  That's a huge issue where personal finance is concerned.  It's a trap that not only damages our relationship with money but also prevents us from living our best lives because we aren't paying any attention to it.  Our lives are happening right now.  While that might sound obvious, it's a thought worthy of attention.  Our lives are happening right now and we need to be present for it.

One woman expressed to me that she was experiencing a lot of negative emotions around a choice she had recently made with her money.  She allowed herself to spend a large sum of money, in a nonrefundable manner and was plagued with guilt, remorse, and self-loathing over the situation.  There was a moment when she realized what the result of her past behavior had created, and she very quickly reached out to me.  I could feel the emotion pouring from her as though we were sharing a moment in a confessional.  I'm still uncertain as to whether she was looking to be absolved or punished, neither of which I had the power to offer her.  She knew she never wanted to feel that way again. So, I invited her to consider "What does this inspire you to do?" She told me that this situation made her want to save money.  I asked her if there was anything else.  She offered that she wanted to open a CD (certificate of deposit) for a chunk of her savings so that it would be "locked up" so to speak.  She wanted to make it a little more difficult for herself to get at, but not impossible in a true emergency.

This is what it looks like to reach for the better feeling, while simultaneously getting out of the mind-time trap.  This woman's mind was tricking her into living and reliving through memory, but that moment is gone.  The money was already spent.  The only value in reliving this memory was extremely temporary; the value lied in allowing her the opportunity to identify that she didn't care to repeat that feeling, nor the action that leads her to it.  From that moment of recognition, it is absolutely imperative to re-engage with the present moment.  Asking yourself  "What does this inspire me to do right now?" feels significantly better and more empowering.  There's no power in living in the past because we cannot take action there.  We cannot alter those past moments.  We can only use them to inspire our current actions. 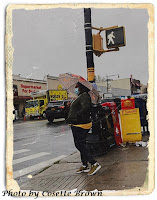 The second person that I encountered this week had a related but opposing issue.  She is very much concerned with her future.  She is riddled with anxiety over her future retirement, as she is certain that she doesn't have enough.  The scarcity mindset that she is suffering from has left her all but paralyzed.  It is as if she's been zapped by a taser and rendered unable to move.  Furthermore, she is unhappy with where life is currently, and has projected this misery upon her future.  It seems that she has allowed her mind to trap her into a cycle of projection into the future, as she anticipates unhappiness from now until always.

It can be incredibly powerful to allow the mind to wander a bit to the future in order to try on the idea of an experience we might want.  In this way, it could inspire a current action, which can set us in alignment with that desired outcome.  However, it is dangerous to spend our present moment living in anticipation of the future, especially when it leads to ignoring the present.  This woman is largely unwilling to act.  It seems as though she is petrified of the outcome being exactly as she expects it (and she expects it to be miserable), but in the process of taking no action, it seems that she has taken an action.  No action is action, and it is an action that is unlikely to yield a desirable result.  You see, every day that she wakes up unhappy, and takes no action, is a day she continues in the flow of misery.  Now, why would you do that?  Well, the answer is that you wouldn't.  Not intentionally anyway.  She doesn't realize that she's playing into the mind's little trap.

So, how do we get out of it?  There are a couple of different things happening here.  First, she's living largely in anticipation of the future (negatively at that).  Secondly, she is unhappy with the present (her employment actually).  Finally, she's afraid to take action.  As we've discussed, no action is action.  The reason someone would take no action is largely fear-based.  If the expectation is that the outcome of said action would be equal to or greater than the current level of misery, then the mind tells us not to bother.  The first thing that needs to happen is we need to delete the file in our brain that is labeled "the future."  The mind has assigned a series of fears to this file called "future" and is replaying that file over and over again.  Just delete it.  What we have is now.

Now let's visit that now.  In the present moment, she is unhappy with work and concerned with her financial picture, feeling ill-prepared for retirement.  In these instances, I like to play "I would feel really good if."  She would feel really good if her work-life felt pleasant.  She would also feel really good if she was able to save a certain amount of money on a monthly basis."  So, how can we make those things flow?  What can she do that will make work more pleasant?  Are there some adjustments in this current job that would make it a positive situation?  Would it feel better to be employed elsewhere?  This is where the individual emotional compass comes it.  She might need to "try on" these ideas to determine what action feels inspired (or another option).

The second desire was "it would feel really good to be able to save a certain dollar amount each month."  The word "able" jumped out at me.  What would make that situation flow?  Is there something that makes her "unable" to do this?  As it turns out her expenses are too high compared to her income to hit the saving target she has in mind.  Does this relate to the previous employment issue?  A different job perhaps?  A side gig?  Start a business?  On the expense side, are there a series of small expenses that could be trimmed that really add up?  Downsize to a smaller home?  Downsize from two cars to one?  It's important to brainstorm ideas that could actually be done in the present moment, and then "try them on" waiting for one of them to feel inspired.  You will know!  We always know when we're inspired to take an action.

There can be value in glancing at the past or to the future, as they can help us to determine what we want.  However, our best lives are built on a foundation we're inspired to lay right now.

Posted by Alacias Enger at 3:27 PM