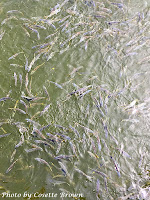 Do you ever stop to think about why you expect things to be so hard?  I grew up hearing that "Hard work pays off."  In some respects, perhaps that paid off.  I am a "hard worker," a loyal friend, coworker, and employee.  I have a lot of attributes that make me someone that people want to hire, work with, and keep around.  These are all good things, but I can't help but think about some of the negative impacts the "Hard work" mentality has given me.

Perhaps my problem is in the phrasing alone.  The connotation of "hard work" may have done as much damage as it has good.  While I believe that any "job worth doing is worth doing well," I'm not sure that "hard" has to come into play.  Over many years of psychological conditioning, it seems that it has set me up to having some limiting beliefs that are not serving me well.

I spend many years believing that work was something to be endured.  Isn't that the essence of "hard work?"  If it felt like play, would it really be "work" at all?  If it filled me with joy, didn't that mean I wasn't working "hard" enough?  If I spent all of my time with my head in the clouds pursuing my theatrical passions, did that mean I wasn't being adult enough?  I mean, seriously!  They call it a "play."  Ironically, plays are really a lot of work, but I digress...

I spent a number of years working in positions that I liked, but also detoured me from what I felt to be my larger purpose.  But hey!  That's "hard work," right?  I also stayed for too long.  I would walk right up to the line of misery and then stay for a few more years.  Isn't it supposed to be hard? Did it pay off?  Not really, I stayed too long.  I took time away from my larger purpose.  I was underpaid.  I didn't advance (which is fine, because I didn't really want to, but still).  When eventually, I moved on I didn't particularly feel ahead in my overall purpose, career, satisfaction level, or financial wellbeing!  Yet, "hard work" pays off?

I decided to get trained in something that I found very interesting, and has the ability to create a pretty nice income.  It's "hard" intellectually speaking, but somehow fun for me.  Sounds like a winner, right?!  Well, sort of...  Enter our friend "Limiting Belief!"  I took that training and started working for someone else that absorbed entirely too much of my time for very little pay.  There are some industries where you theoretically have to "pay your dues," but doesn't it make sense to at least look at the whole picture to ask yourself? While I enjoy this particular career area, do I enjoy it in this context? Will this situation get better?  Will they pay me what I'm worth?  Are they taking advantage of my skills, but robbing me of my time and my money?

So, why do we do this?  Why do we continuously accept the wrong position, with the wrong people, for the wrong pay?  Why do we buy into the idea that work should be endured; that we shouldn't make money doing fun things?

Much like the Law of Attraction, The Universal Law of Self-Worth states that you can only attract that which you feel worthy of attracting.  It's very difficult to admit that you don't feel worthy of something; it feels entirely more vulnerable than most people's comfort level will allow.  Yet, we all have those areas, and many times they can be found in relation to work and money.  If I grew up believing this "hard work" ideology, it has set me up to believe that what I am worthy of is a position that will "allow me the opportunity to experience work as being hard."  Well, I got that.  In both the above examples, I experienced work as being hard.  And if the belief is that it takes "hard work to get ahead," and my goal is to get ahead, I am likely to keep putting myself in positions to experience work as "hard" rather than leaving them in favor of something that feels better.

What I, like many other people need, is some new programming.  There are two more Universal Laws that offer some wisdom that I find helpful.  The first of these is the Law of Release; let go of anything you no longer have use for.  This requires a certain amount of self-awareness.  We must realize that we are holding something that doesn't serve us.  Since we know that these things come up over and over again, we must continually watch our thoughts and catch the ones that aren't serving us well.  When I catch myself thinking that fun things and financially lucrative things aren't the same; I must notice, stop myself and let it go.  This will take practice, but it's worthwhile if the thought or belief doesn't serve our greater good.   The Law of Belief suggests that you can have whatever you want so long as you can give up the belief that you can't have it. So, the two ideas work in tandem.  In order, catch myself thinking the thought associated with limiting beliefs; practice releasing it; replace it with the thing I desire.

Reprogramming ourselves takes practice.  I am currently working on extending my business, the details of which will roll out shortly.  In the process, I find myself running into some limiting beliefs.  I catch my mind resurfacing old ideas.  It says things like "If you really want to help people, you can't charge them!  If you're going to make money, it shouldn't be that much!  Work is supposed to be hard, not fun!"  The first step is to catch it.  I notice that my mind is doing it again, and literally tell it to stop.  Stop the mind dead in its tracks the moment it comes.  At the very least if you can stop it from circulating the thought over and over again, you're moving in the right direction.  That part get's faster over time.  Then feed the mind a new idea, "People choose which things to spend money on, and do so if they feel it adds value to their lives. My prices are industry standard prices.  It is good to enjoy things and earn money doing those same things."  Saying such things one time, doesn't change years of programing.  We must be gentle with ourselves, and recognize we're going to have to play "catch and release" with our limiting beliefs for some time.  That's okay, it will eventually become second nature.

Now, my example involves one that I am currently running into in my own experience.  I challenge you to consider where you have limiting beliefs where money or career is concerned.  Do you have beliefs about "good people and wealth" going together, or what happens "every time you have money in the bank" or that you "will never be able to retire?"  I challenge you to try this week to catch some of your limiting beliefs.  Practice stopping yourself, and replacing the thought with a new belief, one that will serve you better.

I'd love to hear how it goes.

Posted by Alacias Enger at 3:22 PM