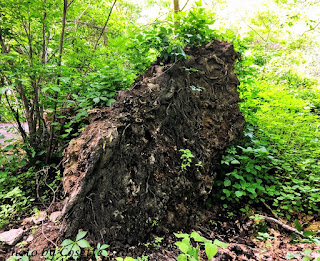 Interestingly, there is a topic that keeps being brought to my attention lately.  I've heard it mentioned in a podcast, two different books that I'm currently reading, and in multiple conversations with people.  I haven't been the one to bring it up on any of these occasions, which is interesting because I'm frequently the culprit of such things. I can't help but wonder if there's something in the collective psyche that's making this topic burble to the surface.  The topic: preconceptions of wealth.

In the course of an otherwise casual conversation, I was surprised to encounter a preconception of wealth held by someone in my life.  This person believed that certain types of assets were designed only for the rich.  My initial reaction was that of surprise because I feel very differently.  I don't necessarily feel that there are asset classes that are inaccessible to me or designed for someone else.  While I prefer some asset classes over others, I believe that I have the freedom to use whatever inspires me provided I do my homework sufficiently to understand it.  A lot of my work is at the intersection of personal finance and the law of attraction which subsequently has to do with the relationship between mindset, emotions, and behaviors.  So, naturally, I was curious about the history of this idea and the narrative being built around it.

We all have some preconceived notions when it comes to the subject of money, and they often influence our behaviors in the form of limiting beliefs.  In the book Invested, Danielle Town was most certainly smacked in the face by hers when she realized that they were impacting her investing practice.  According to Town, the first step to reducing the power our preconceptions about money have over us is to face them.  I couldn't agree more.  In the course of the discussion I was having earlier this week, the person articulated that they hadn't ever experienced anyone in their life having assets in the particular class we were discussing.  For them, it seemed inaccessible.  Now, I couldn't help but wonder about this and found myself with a reoccurring thought.  Is it possible that this wasn't even true, that people in their life did in fact have investments of this nature and never spoke about it?  There are many segments of American culture that hold to the belief that we shouldn't discuss money, an idea that in my opinion does more damage than it does good.  When we are young we learn about finances experientially and through things we hear people say. As we go through life, we often look for things that support the narrative we build around those early experiences.  But is it possible that we create evidence that supports that narrative?

In The Illusion of Money, Kyle Cease draws the reader's attention to several commonly held beliefs about money.  One is that "money is the root of all evil."  He goes on to suggest that one of the dangers of holding on to this belief is that it can create resistance to abundance.  It's quite the realization.  Presumably, most people don't want to be evil.  So, if there is a belief that the possession of money somehow creates evil, there's certainly room for resistance to creep in: resistance to holding it, saving it, utilizing it as a tool, or allowing it to flow into your experience.  Once a limiting belief is discovered, is there a way to challenge it or feed it as a new idea?  The opposite idea might be that "money is the source of so much good!"  Is that true?  Can you find evidence of the new idea?  I can think of a lot of good that can and is done with money all the time.  Money can fund a plethora of things ranging from schools to charities to valuable experiences, all things that are good.

One commonly held belief that I remember hearing growing up is that "money doesn't grow on trees."  Cease mentions this one as well.  Unlike the previous example, this one resonates with me a bit more.  Cease goes on to suggest that people with this limiting belief might "overlook opportunities where money seems easy."  Ouch!  If you've been reading my work for any amount of time, you know that I've had to deal with that one.  I wrote a piece about it, actually.  While it takes practice overcoming our limiting beliefs, I feel that I've made tremendous progress.  Gratitude, which is central to my law of attraction practice, has been instrumental in helping me overcome self-imposed limitations.  Again, I look for evidence of the opposite being true.  If my limiting belief suggests somehow that things related to money are supposed to be "hard work," can I find evidence where the opposite is true?  Has money flowed to me easily?  Actually, it really has!  I am nearing the end of the planning phase of my new business, and clients are flowing to me relatively easily.  I'm so engaged in the work I am doing that it feels joyful, not hard.  The service I am providing is very much adding value to people's lives, and the people that are ready to benefit from it are flowing to me.  I'm so appreciative of that, and it supplies me with ample evidence that suggests that my preconceived notion about money isn't really true.  I love that.  Not only is it wonderful that this abundance is flowing to me, but it's also amazing that it is allowing me to shed a belief that doesn't add value to my life.

I would like to invite you all to challenge yourselves in the days to come.  What preconceived notions do you have in the areas of finance, wealth, or overall abundance?  Is it possible that the opposite is really true?  Can you find evidence that refutes that idea?  Is your behavior suggesting to you that you may have built a narrative around an idea that isn't serving you well?

Posted by Alacias Enger at 6:03 PM