Get Out of Your Way 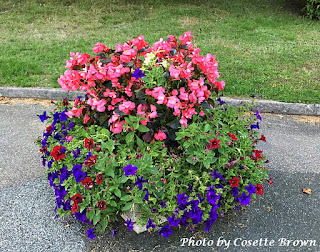 Spring is in the air, a time of great change.  Perhaps this year even more so than others.  The height of the pandemic may have represented the longest winter many of us have experienced in the seasons of our lives.  As that winter winds down, the flowers, like people, come out and bend their heads toward the sun.  Bright and beautiful, they're ready to stand together again... and yet we can't forget what we learned during our months of solitude.  In those reflective moments, we began to come into our own expansion in ways we couldn't recognize at the time.  The moments of greatest clarity gave way to the realization that we had been surrounding ourselves with noise that we've since become eager to rid ourselves of, and now we're here having called out long ago to the universe to deliver that which we truly want.

It's amazing what happens when you place your request into the universe and then get out of the way.  It seems that "getting out of the way" is oftentimes our biggest obstacle.  The mind, being convinced that it's saving us from something, likes to ruminate on perceived limitations in order to keep us from change.  Change in the mind's eye is risk, a clearly sworn enemy. But what's funny is that we wouldn't be calling out to the universe to deliver something to us if we weren't seeking a change.  Without change, we become stagnant, which is in direct opposition to joy.  So, change is inevitable if we are ever to get what we want.  Yet we find ourselves in a state of great resistance when it comes to change.

I've spent more than a year now working from home and working on myself.  I've been reading, meditating, clearing out the noise, placing my requests for the life I desire.  Then I did something amazing: I got out of the way.  What does getting out of the way look like?  First off, it looks like unwavering belief.  The life I have decided to create for myself is one I have complete faith in obtaining.  The Universal Law of Commitment reiterates this point by stating that the key is in having no indecisiveness whatsoever.  When we commit to something that aligns with our overall purpose, the right things, people, circumstances just begin to flow for us.

This brings us to the second key element in getting out of the way: Calming the mind. When the things we want out of life begin to flow, it often resembles a garden hose with two settings: off and full blast.  When the things we want come at us full blast, the mind oftentimes goes into full-on panic mode.  Fear will descend upon you like wildfire, as the mind tries to keep you safe from perceived risk.  While we all want to be well-thought-out decision-makers, allowing unnecessary fear to run amok builds a wall of separation between us and that which we desire.   One key maneuver is to practice stopping the thought.  Like pressing stop on an old cassette player.  This strategy takes practice, but its simplicity is virtually magical.  When we allow the mind to ruminate on thoughts that are unwanted and contrary to that which we are trying to attract, we begin to create momentum in the wrong direction.  Stopping the thought before it has the opportunity to gain traction is critical.  Beyond stopping the thought, it's important to create an arsenal of strategies to utilize in order to return the mind to a more neutral or even positive emotional state.  If left unattended, the mind will choose to return to fear and help you rebuild the wall in which keeps you separate from that which you desire. 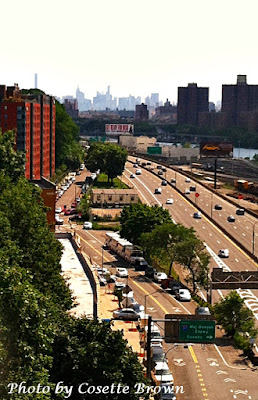 Remember: Your pain is caused by your resistance to what is.  You ask the universe to deliver something you want.  The universe sends it.  The mind gets scared because "Yikes!  Change is scary!" and throws up a whole load of resistance, which in turn makes you unhappy.  The whole while, your request is being delivered; it's standing at your door, knocking, but you won't answer.

Now, I've gone on explaining this philosophically for some time.  Let's look at some real-world examples.  I have a friend; she's really good at getting the universe to send her the things she wants.  Answering the door when the universe sends the package?  That's another story.  She's a work in progress where fear and resistance are concerned.  She likes her job, but it's a 7; not a 10.  But she's really comfortable there.  She adores her co-workers and boss. She's also pretty good at what she does.  She can do it on autopilot.  Long term, she has plans that are entirely different from her current job, and in fact, her current job doesn't really fit in with that overall life desire.  But it's fine for the time being.  Meanwhile, there's another job that's begun literally aligning for her with very little effort on her part actually.  It's not 100% of her long-term goal, but it gets her much closer and she has a vision for how it could flow really well into her long-term plan.  It has the potential to be a solid 9.  Cue Resistance!  What happens next is really something: fear.  Her mind starts to ruminate and feed the thoughts that begin to build a wall between her and moving to a job that has the potential to be a 9.  "How could you disappoint your boss like that?  You can do your job on autopilot!  Your co-workers are so nice.  Do you really want to deal with all that change right now?  You'll probably have to work harder."  The mind believes that she is safe exactly where she is, and that change is risky.  So, it's doing everything in its power to keep her from doing something risky.

Another example might easily be made of me and my current real estate purchase.  I was calling out for what I wanted, and the universe has been sending it.  As described in my recent post Scarcity Mindset vs. Legitimate Concern, my mind was feeding me a fully-stocked buffet of fear disguised as legitimate concern in order to prevent me from taking action.

Both examples contain situations where abundance is trying to flow to the person that requested it.  You placed the order.  The package was sent.  All you have to do is open the door....and get out of your way!

Posted by Alacias Enger at 3:50 PM