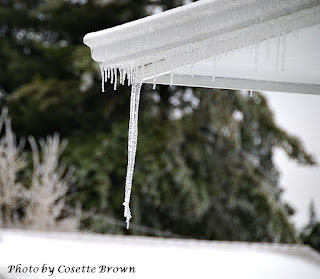 Once upon a time, the average American graduated from high school, maybe attended college (maybe not), and found a job at a nice company where he or she would work for 30+ years at which point they'd be thrown a nice party, be gifted with a beautiful company watch, retire, collect the company pension, and take up a hobby like gardening or golf.  As you can imagine all of those parties, watches, and pension checks became quite the expense for the corporation; an expense they'd rather do without.  So, corporate America sent their finest lobbyists to DC to protect corporate profits under the guise of "helping the American people save more for retirement," thus the Revenue act of 1978 was born, and IRS code 401k.  In theory, the 401k was intended to be a supplemental retirement investment vehicle that the American worker would utilize to save up additional funds for retirement.  It wasn't originally designed to be the only retirement vehicle utilized by workers.  Unfortunately, as years went by more and more corporations retired their traditional pension plans, placing retirement planning almost exclusively in the hands of the individual worker.  It's a terrifying prospect for a nation of people that aren't required to take a personal finance course in high school.  But that's where we're at, and fear isn't a terribly useful emotion as it often has us manifesting in the direction of that which we do not want.  Unfortunately, fear is often a tool that's used against us, and I think it's important for us to recognize that for what it is.

I have a client that has endured a lot in her life (and has given me permission to share a small slice of her story).  She lost everything at the age of 40 and has had to rebuild from there.  Thereafter, as she was repairing the ruins of her financial life, she came to a meeting with a financial advisor that was associated with the administration of her 401k plan.  She was eager for the meeting, seeing it as another opportunity to begin rebuilding.  At that point, there wasn't a lot in the account.  She was contributing a small amount, in addition to the funds contributed by her company through their profit-sharing program.  She was prepared to be told that she needed to increase her contributions, but what she wasn't prepared for was the fear-mongering beat down that she received from a person that was supposed to be there to educate and help her.  She tried to tell him that she had other assets from a recent inheritance, but he wouldn't listen to her and continued to use fear as a tool against her.  Had he listened to her he could have taught her how to use her 401k plan to supplement the assets she had recently acquired and secure her retirement.  Unfortunately, that's not what happened, and she left that meeting in such a state of terror and shame, that it launched her into a state of absolute paralysis where she remained for several years.

This woman was in a place in her life of rebirth and renewal.  Everything she was doing in life was in the spirit of creating the life she wanted to live, and the financial advisor could have easily been a part of that, but rather than help her to see and understand what she could do right now that would help her in the designing of a financially secure life, he spent their session hammering at her about lack and scarcity, focusing on the balance that was not in the account. Coupling this with the trauma she had just recently escaped, she was very simply overcome with fear.

There's a funny thing about fear.  It rates pretty low on the emotional scale because of the powerlessness that's often involved.  Even a temporary bout of anger is more empowering.  Had she been able to transform the fear into anger at that moment she should have said to herself "Screw you, retirement guy!" and waltzed out of that office with an "I'll show him" attitude and moved on with her life.

A wise person once told me that your fear is caused by your resistance to what is....and she was right.  It took me years to fully comprehend it, but I do now.  Resistance is very literally fear.  When we experience fear, it is because we are literally resisting our here and now by focusing our attention on a past we cannot change or a future we cannot control.  As the Universal Law of Resistance offers, we know that this fear will play out over and over again until we are forced to deal with it.  But what does dealing with it look like?  In some respects, dealing with our fear is the act of ultimate surrender.  We must surrender to the now.  Can you simply observe your life, your money, and recognize that in this moment you are okay?  Once we can achieve this state of neutrality, perhaps we can take it one step further up the emotional scale by practicing gratitude.  Can you find things to genuinely appreciate about your job, your income, your ability to pay your bills, your savings, your ability to persevere?  Exiting the powerlessness of fear and transitioning into an acceptance and even appreciation of that which already have can lead us into a place of inspired action as resistance has become in the rearview mirror.

While fear and resistance were the overarching themes of this story from my perspective, I feel compelled to offer this:  Pay attention to financial professionals that try to use fear as a strategy when working with you.  Unless you are a person that is somehow motivated by fear, this is not likely to yield you a positive result.  Financial professionals should help you to understand processes so that you can make good decisions.  If it turns out that you are underfunded somewhere, the focus should still be on helping you not terrifying you.

As for the woman in my story...  She's currently rewriting the narrative of fear that was reinforced by this so-called advisor.  She has since left the fear behind through working with financial coaches, advisors, and realtors that choose to uplift and educate.  From a financial standpoint, she's doing great!  In fact, she just realized that she's pretty much at her CoastFI number and her retirement will be absolutely fine!

Posted by Alacias Enger at 3:16 PM