The Universal Law of Compensation 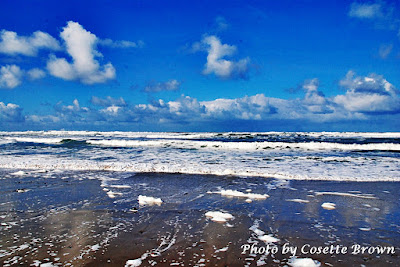 I have a journal where I keep a list of Universal Laws and notes regarding each of them, and the wisdom I've gained from them over the course of time.  I open this journal frequently and review these notes as if by sheer repetition the wisdom will permeate my being.  The funny thing about that repetition is that it works.  Those devoted to their religions read their scriptures often.  Likewise, I pour over universal wisdom almost daily to ensure my walk is colored with knowing.  When you have a practice such as this, it's interesting how your eyes will happen upon certain passages and it's as if they extend their hands off the page in order to touch you with their message.  Some passages that are tried and true receive your attention regularly, while some less flashy gems hover quietly in the background.  They're accustomed to being passed by, but occasionally they emerge with something rather important to share.

Almost fifteen years ago, when I met my partner, we were both experiencing this universal truth in full swing albeit in opposing directions where money was concerned.  I was living bi-coastally, on income that flowed to me through cobbled-together sources.  I had a stable apartment in Brooklyn, which I would sublet while gone to the West Coast, but while in Portland, I primarily hopped from place to place, staying with whichever friends had space at the time.  I remembered thinking that I didn't need the guise of stability from one particular source because I "knew everything  would fall into place." As a direct result, opportunities flowed into my experience.  I always had enough: enough work, enough income, enough lodging, enough food; my bills were always paid on time, and I woke up each day to a life designed by me where I could choose exactly what I wanted to do with it.  Now, to dig a bit further into the relationship between this universal truth and the practicality in which this played out for me, it's important to connect my thoughts with my actions.  I continually thought that "everything would fall into place," and had prepared myself mentally for opportunities to present themselves.  I was prepared to say "yes" to the unexpected.  I was producing theatre at the time but otherwise had very little in terms of time obligations.  When friends learned of my adventure, two of them presented me with some opportunities.  One friend had become the manager of a local gift shop and offered me a position.
Another friend, a brilliant computer programmer, was working a full-time job and an additional contract position that was demanding a ton of his schedule.  He had oodles of money coming in and loved his work.  Unfortunately, he was struggling to get things done on the home front.  He needed his dog walked, papers files, groceries purchased, healthy meals available to him. He offered me a flexible schedule and a guaranteed number of hours per week if I would just take care of these things for him.  He also offered free rehearsal space to my theatre company. These weren't the "kinds of jobs" I would necessarily look for, but I "knew everything would work out" for me, and was 100% open to what the universe had to offer.  When the universe offered the solution, I took action.  My thoughts and actions combined to deliver a positive result back to me.  This is the Universal Law of Compensation in action.

During this same time frame, my partner was in the beginning stages of her own transformation.  She had just rented a house for the first time entirely on her own.  While she was excited, she was also fearful of the financial responsibility that accompanied this increased level of independence.  As we all know, fear is resistance.  Fear of financial responsibility equals resistance to financial responsibility.  Resistance to financial responsibility is resistance to money. You cannot have more of that which you resist!  This resistance would come out in ways that seem so small, you'd almost guess them to be inconsequential.  She had resistance to opening her bills, didn't want to check her online banking or bank statements.  She didn't want to discuss money.  She felt that budgets were restricting her spending rather than permitting it, therefore she didn't make any real effort to utilize a budget.  These seemingly mundane actions are the direct result of one powerful little thought "I don't want to deal with my money."  How many of you have either thought that way or know someone that does?  This might come out as variations such as "I don't care about money" or "Money isn't important to me," or even "I really don't like handling the finances."  We shrug our shoulders when people in our lives make these comments; their relationship with money is their business, right?  What we might not entirely be realizing is that these thoughts are hurting them.  Now, let's follow a thought experiment for a moment.  Let's replace the word "money" in those thoughts with "babies."  We now have thoughts like "I really don't want to deal with my baby" and "I don't care about babies."  There's also "The baby isn't important to me," and "I really don't like handling the baby."  Just reading those lines felt gross, didn't it?  It felt pretty bad typing them.   If you heard someone saying any of those things, wouldn't you think they needed some serious help?  I would!  I would also literally never let them babysit any child ever; nor would I be comfortable with them having children.  If someone is saying that about their money, they also need help.  Their relationship with money is damaged, and the result of that isn't good at all.  For my partner, the desire to "not deal with" her finances resulted in late fees on bills, NSF fees, low credit score, zero savings, and a life of constantly putting out financial fires for failure to plan.  It's no surprise really.  The things we manifest are the direct result of our thoughts and actions.  She thought that she didn't want to deal with her money; her actions were to largely ignore the bulk of the interactions with her money.  Let's not forget, inaction is an action.  The results that were delivered to her were problematic.  People that "don't want to deal with babies" aren't typically asked to babysit.  Likewise, if the message you're sending is that you "don't want to deal with finances," the universe is going to respond accordingly by withholding financial abundance from your experience.

So, if you're like my partner used to be, how do you change?  Some of these thoughts come from some deeply held beliefs and aren't that easy to change.  Well, sometimes it's easier to start with some actions.  Sometimes, taking small actions in the direction of that which we want can help us to reset our mindset.  With my partner, it started small.  She opened herself up to discussions about money, even if it was foreign and uncomfortable at first.  She opened a new checking and savings account to start fresh and utilize the opportunity to build new habits.  She learned how to use online banking and put the app on her phone so that she could look at the balance before making a purchase if she was unsure about its status.  These actions were a little uncomfortable at first because she was working through resistance; those changes are never easy.  The result was that her mindset began to shift.  She no longer felt like she didn't want to deal with her money. Rather, she gained confidence in doing so.  Handling her finances began to feel lighter for her, and she began to realize that by treating her money with the respect it deserved, it could help her create the life she desired.  As she began to be able to build savings, pay for a car repair without worry, cash flow a vacation, her relationship with money leveled up again.  She moved from "I don't mind dealing with my money" to "I like being in control of my finances." This significantly more powerful place has resulted in an excellent credit score, being approved for a mortgage, cash-flowing vacations, having an emergency savings, and funding retirement.   It's also resulted in a tremendous increase in income opportunities.

We have ever-evolving relationships with money, as we are constantly in the process of expansion ourselves.  In the world of personal finance, we often discuss the building blocks of financial security as being: reduce expenses, live below your means, save the excess, eliminate debt.  While important, more attention should be paid to the foundational elements of personal finance which includes habits of both a mindset and emotional nature, as both need to be in place before we can even begin to fathom building those more tangible, monetary ones. In returning to those mental and emotional fundamentals, we should start with considering the Universal Law of Compensation because our results with money are directly influenced by the relationship between our thoughts and actions.

Posted by Alacias Enger at 5:17 PM