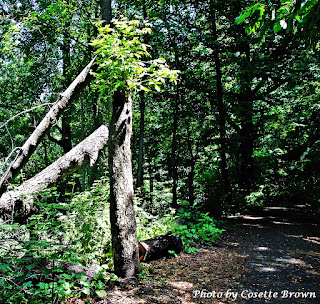 There's something I have my clients do, that I practice in my own life, and that's a process of understanding our money story.  I have documented portions of mine here, the most popular post I've ever written really.  Part of the reason for documenting the old story is in order to begin to recognize the thought patterns and how we've been operating inside of that story.  Once we've begun to recognize the impact of the old story on our lives, we are finally able to start operating outside of that story, and in the process, we begin writing a new one.

I've been fairly open about growing up socio-economically disadvantaged and take great pride in the skills I developed as a result.  Both positive and otherwise, these things have been a part of my story for some time. I've been asking for certain things to flow into my experience: a new home and a successful business being just a couple of them.  As I've been asking for these things, I've made the conscious choice to practice gratitude for my wonderful job and co-workers, my home, and all of the other abundance in my life.  I've also been diligent in taking inspired action in the direction of what I want.  Subsequently, my requests are being delivered.  My partner and I found a home (a co-op actually) that we are interested in and had our offer accepted.  My business is also beginning to flow.

Sometimes we ask for something and successfully get out of our own way.  Then the universe delivers.  It's amazing really.  What's interesting, is that's not really where the work ends, but rather, where it begins.  It feels like a bit of a cycle really.  We prove to the universes that we are good stewards of what we have; we practice gratitude.  We envision more abundance flowing into our experience.  We take inspired action, and abundance continues to flow.  At a certain point, the egoic mind asserts itself. It grew accustomed to the way things were before and grew comfortable in that old story.

The mind's attachment to the old story is an incredibly powerful thing.  The mind doesn't seem to care for change much.  So, it often tries to utilize the old story to shield itself, create a safe haven, to protect itself from the dreaded unknown.  You see the mind seems to believe that its primary function is to protect us from anything that poses a threat, and it's constantly scanning our lives for signs of risk.  Change represents the ultimate risk, even change for the better, because it had become accustomed to handling the old story; it knew just how to cope, how to keep us safe.  A new story represents a risk because the mind doesn't really know what to do with it or how to protect you from its perception of harm, but what's beautiful is that in the act of stepping into the new story, like a new jacket, we also begin to step into our expansion.  The Universal Law of Believe tells us that we can have anything that we desire so long as we can give up the belief that we can't have it.  So, perhaps it's time to close the old storybook, take the new one off the shelf, and step inside of it.

Posted by Alacias Enger at 2:54 PM