Your Dreams Are NOT Too Expensive! 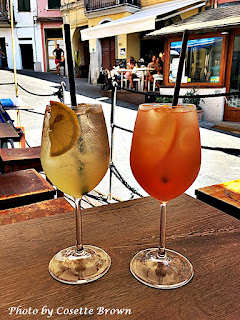 When I was a little girl I desperately wanted a She-Ra doll.  My best friend across the street had one and I remember absolutely longing for one of my very own.  She always seemed to have the new toy that came out, and I was always just a step or two behind her.  Whenever the shiny new thing came out, and she would appear with it, I was always greeted with mixed feelings: one of excitement because she was a generous little girl and always willing to share.  The other feeling was a bit of a longing.  I was afraid to ask for what I wanted because I knew something about myself.  I was poor.  There would always be things that were meant for other people, but too expensive for me.

How many of us have carried this into our adult lives? We cling to the scarcity mindset that was instilled in us as children and hide behind it, shielding ourselves from success and failure alike.  We place seemingly arbitrary limitations on our lives and our dreams because "clearly they're meant for other people," and yet we fail to recognize that we ARE those other people, or at the very least those other people are essentially just like us with one very key exception.  They refuse to tell themselves that their dreams are too expensive; that they should leave them firmly placed upon a shelf for someone else to come and collect.

I'm fairly certain I never asked my mother to buy me that She-Ra doll, and yet I was determined that she would be mine.  My path to having what I wanted would clearly be different from my friend's...  It often was.  She was by no means from a rich family, but they were certainly comfortable, and I don't think she ever considered whether or not money would stand between herself and something she wanted.  Me on the other hand?  I constantly questioned, and I constantly made the decision that I too could have that which I desired... but again, my path was always different.  I can't recall what exactly I did at such a young age to earn money, but I do recall doing so.  I seem to remember that I needed to save eight whole dollars to make that She-Ra doll my own.  I think it took me the better part of a summer to it, but I did.

So, what ultimately lead to the acquisition of my dream doll and my overall success? First, it was the belief that it could be mine.  The Universal Law of Belief states that "you can have whatsoever you desire so long as you can give up the belief that you cannot have it."  It seems so simple, doesn't it?  But, let's pan back and consider it.  If we give up the notion that something is out of reach, that changes the question entirely, doesn't it?  The question suddenly becomes a matter of how?  If we can simply commit to the idea that we truly can have the things we want, we open ourselves to a myriad of possibilities, which truly is the breeding ground for inspired action.

So, what dreams do you currently have that you are dismissing?  Do you want to stay at home with your children?  Start a business?  Live abroad?  What is it?  What if you gave up on "No," and decided to say "Yes" to yourself for once?  Once you've said test, the question becomes, "What needs to be true in order for this to become my reality?"  Begin to document the answer to this question, remembering carefully that literally none of your responses is to become an excuse for "No" to creep in.  Just like saving $8 for a She-Ra doll wasn't a no for me, the items on your list are not "No's" either.  They're simply to become new goals.  Does your dream require a larger savings?  passive income?  less debt?  Imagine holding your dream in the palm of your hand and get inspired!  The path is there, you simply have to be willing to step out onto it and begin to walk.  Remember, it's a matter of one foot in front of the other.  The journey will be amazing and the destination worth it.

Posted by Alacias Enger at 3:50 PM