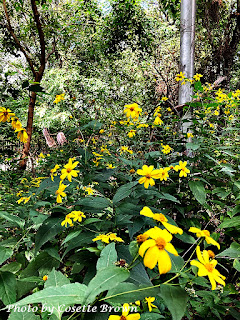 As I sit in my living room listening to meditation music and sipping a cup of tea, I keep glancing up only to have my eyes meet with those of my younger self.  I see a picture of me, a toddler with puffy sleeves, stark white stockings, and a floofy pink skirt.  I have the tremendous urge to pick her up and hug her.  She's amazing really.  She's certain that she lives in a world without limitations, where her father is a superhero and her mother's kiss is an elixir capable of healing the world.

That little girl trusted her own instincts beyond anything else and approached the world knowing that it would always bend to her will.  She believed with all of her being that the world was hers; all she had to do was extend her tiny hand and grab it.

Somewhere along the line, someone must have told her.  They must have told her or otherwise shown her that there were limits on that which she could have, do, or become.  Perhaps it was because she was too poor, or a girl.  Or maybe it was because she was from a small town.  Kids surrounded by farms can't do the same things as the city kids...  Thankfully, she didn't believe them, those people that told her she couldn't...but eventually those messages sneak in when we're not looking and we notice shadows popping into our thoughts.  Somehow the seeds of doubt, scarcity, and limitation were scattered about and have begun to spring up like tiny little weeds.  They don't look like much but there's a funny thing about weeds.  They absorb all of the water and zap the soil of nutrients.  So, what to do?  We pluck up the weeds, each and every one of them.

This is very much the essence of the Universal Law of Resistance.  Fear, doubt, scarcity, limiting beliefs...  They are all resistance, and like weeds, they will come back over and over again until we're forced to deal with them and they have been plucked up by the very root.

I was on social media the other day and couldn't help but notice something that someone had reposted.  It was talking about being okay with having no purpose in life and being satisfied just to roam.  The mind in me wanted no real part in the dissection of this meme thankfully.  Minds usually like to dive into such things.  Despite my mind's lack of interest in the idea, my emotions kept percolating on it.  You see, it's a funny thing about weeds.  Some of them look like flowers.  Have you ever thought about that? Being satisfied with the act of traveling through life and experiencing whatever it has to offer us...  That looks an awful lot like a flower to me.  It appears on the surface to be an act of surrender which has a significant element of beauty in it.  Then I remember.  Many weeds are disguised as flowers, when in fact, their roots are invasive.  While the latter part of the statement looked to be a flower,  the former may be the invader: having no purpose.  Why would we be here if we had no purpose?

It's a funny thing about purpose.  I believe we all have a purpose, but our societies have perpetuated a false narrative that our purpose should somehow be a derivative of our employment.  Perhaps for some that is the case, but that may not be true of others.  It saddens me to think that someone out there has held fast to such a belief that zaps the life energy out of their experience.  To the person that posted this idea: Do you believe that you are lacking in purpose?  I'd love to understand.  Is it because your work doesn't feel like your purpose and you believe it should?  Rather, could this person simply have listened to far too many of those messages that we received as children?  Did those messages take over the fertile soil, making you believe that you can't?  I really want to ask this person: What would you do if you followed your bliss?  Is there something you long to do that you've been avoiding or otherwise forgot that you wanted?  Can you reconcile these feelings with your own inner child?  Can you look them in the eyes and truly tell them "No"? I can't.

I leave the picture of this little girl right where I can see her.  When my own weeds pop up and I feel like I shouldn't do something that I really want to do, I look at her.  The truth is that I can't look her in the eyes and tell her that we're not going to live the life we've always wanted.  I'm just not willing to treat her that way.  You see, a few years ago, I made her a promise.  I promised her that I would let her take me somewhere.  She'll take the path without limitation because, for her, there are none.  So, for now, I simply take her hand and let her lead.

Posted by Alacias Enger at 4:23 PM