The Power of the Group 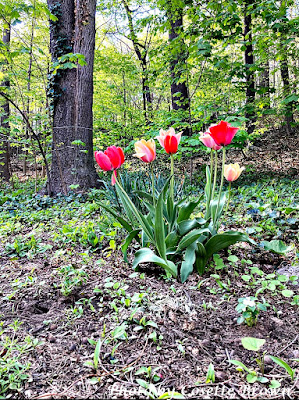 About two years ago, I was scrolling through Twitter and noticed a particular tweet.  The tweet's author was interested in forming an experimental group.  The group's intended purpose would be to participate in a life design process through the lens of a particular book and its protocol.  Before I even thought about it, I found myself responding that I was interested.  It's funny the things that happen when you allow your intuition to be in the driver's seat.  Historically, I've been the type whose mind would interfere and inform me of all the reasons I could not participate in something like that. "You don't know these people.  You don't have the money to make any sudden, drastic life shifts.  You don't have the time to devote to this.  You should be spending that time with your family or on your job."  You name it, and my mind has used it against me.  The truth of the matter is that our minds are very much determined to keep us safe, and leaps into the unknown appear risky.  So, the mind places them neatly into a box labeled "scary things" and does its best to detour you from them.  Fortunately for me, I didn't give my mind any time to react or construct any limiting beliefs around the idea.  I intuitively started typing a response, and poof!  I had joined a lifestyle design group.

Over the course of several months, the four of us met regularly to evaluate various areas of our lives, identify areas where change was desired, and run a series of experiments that would allow us to test-drive our ideas before committing to them in a more permanent sense.  The results were rather remarkable.  Multiple participants left unsatisfying employment scenarios to pursue other things, started their own businesses, took time off to experiment with less traditional life paces...  During this time, I re-upped my tax preparation education, did a little side acting, took an experimental part-time job.  The part-time job wasn't a great match for me, but it did lead me to consider striking out on my own.  So, that was an experimental win.  I can't help but wonder if the same outcomes would have been achieved without the power of the group?  Would we have committed so whole-heartedly to the pursuit of our own happiness had we tried to go it alone or would it have been yet another thing that got placed on the back burner because "something more important" needed to come first?

In the Fall of 2020, I went on to participate in a group coaching program called Experiment Design, a mastermind hosted by my friends, The Fioneers.  The structure and commitment to myself were both critical components of a group process that very much moved the needle in the design of my own life.  By the end of the program (which ran 8 sessions), I had laid the groundwork to launch my own tax preparation business and my own group coaching program.  In fact, by our last session, I was already enrolling the first cohort of my program, "LoA Finance Fundamentals."

Where the mind gets in the way, the group saves the day!

In the world of personal finance, I'm a bit unusual.  Shocking, I know!  There are "personal finance people" and "law of attraction people," but they tend to be very separate groups.  The mind likes to be a bit of a drama queen, and mine likes to offer me the idea that my work may not be taken seriously by folks in the more traditional personal finance space.  The Experiment Design group was an invaluable part of dismantling that limiting belief.  While I generally ignore my mind when it likes to bring such non-useful ideas to my attention, the group was able to give me some really valuable perspective.  One member reminded me that "there are plenty of people that will likely never get involved with traditional personal finance because they don't resonate with that style of content.  Some of those people will really resonate with yours because of the kinds of things you highlight that are often not given much attention."  I always believed that my work had value, but I hadn't framed it in that way before.  The group helped me to see it through a different lens and realize that my work not only focuses on improving people's very relationship with their money but also that it makes personal finance accessible to people that might otherwise shy away from more traditional perspectives.

Group support has been a critical component in helping me reshape and redesign my life for the better. At this point, I'm pretty much coasting to Coast-FI and a part of that process for me is turning my attention to what my daily life will look like once that milestone is achieved.  I don't want to live my life at breakneck speed to achieve Full FI and sacrifice the quality of my journey along the way.  Honestly, I think it takes a bit of courage to be willing to say that you want to honor your journey, as our society pushes a narrative that glorifies pushing harder and running faster.  Now there are whole movements built on defying the unsustainable standard. The Law of Fellowship suggests that two or more people coming together in a similar vibration, for a shared purpose, their energies may be doubled, tripled, and even quadrupled when combined.  That, my friends, is the power of the group.  So, you want to change your life?  Find a group of people of a similar mindset that are willing to invest energy in committing to themselves.

Currently, I am participating in two groups: one temporary; one ongoing.  The temporary one is a group of ladies that formed a book club around a particular book in the Law of Attraction space.  We read a chapter each week and discuss it in a virtual meeting and on a social media group.  I also meet with two ladies every week in a virtual meeting to work together on our investing practice.  We work together on doing valuations on companies, work on increasing knowledge, and discuss the market.  We've been operating as a group for many months now, and aren't likely to separate any time soon.  These are two very different groups. Both groups are very much filling needs in my life, and greatly improving the quality of the journey I am on.  Powerful things are happening in both of the groups I am a participant in as well as the group coaching program that I lead.

When I was thinking about my own experience with the power of the group, I became curious about my clients' perspectives.  One of them said "Each person shares their own thing without fear of judgment" and continued on to point out the value of receiving feedback from multiple outside perspectives.  Another client offered that "having an outside perspective has been very good for me, and the ability to talk about money and the limiting beliefs that I have is helping me to overcome them."  One of the powerful parts of having a group coming together to support each other in a shared purpose is that there is a direct connection between acceptance (or lack of judgment from others) and being able to move on from the limiting beliefs that are not serving us.  Yet another of my clients suggested that accountability is one of the magic components of the group "Doing my reading, homework, etc. are easier to be disciplined about if you know you have to check in with people.  On the flip side of that, it's easier to give myself grace  for not doing things when life gets in the way...because the others are giving me grace."  Isn't that true?  Accountability is critical, but it's also important that we not beat ourselves up. The group provides both kinds of support.

In my life, I've used group support to improve my health, wealth, and lifestyle, all with tremendous success.  I'm so happy about the direction my life is taking in all three of these areas.  Are you?  If you're mostly happy, are there any areas of life in which you think you could be 20% more joyful?  If the answer is yes, you may want to explore whether group support could help propel you forward in some aspect of your life.  You could utilize social media groups, form book clubs, take courses or utilize group coaching.  The options are only as limited as your imagination.

If you feel that group coaching could be a good fit for you, information about our program, LoA Finance Fundamentals is available under "Coaching and Courses" or click here to join our mailing list.

Posted by Alacias Enger at 4:06 PM