The Flow of Abundance: Spending on Yourself 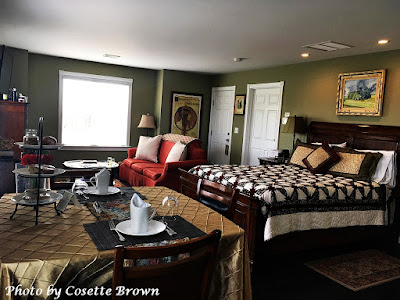 Recently, I've been thinking a lot about clearing the way for abundance in terms of making space in our physical homes, our schedules, and our lives so that the abundance we desire can flow into our experience.  What I haven't entirely addressed is how this directly relates to our budgets and treating ourselves with care.  It's funny that we often focus so intently on abundance flowing toward us that we don't give much of our energy to the idea that abundance is cyclical.  Sometimes, we need to give some attention to allowing abundance to flow from us so as to reinforce that cycle.

Under the 50/30/20 Budget that I so enjoy, 30% of our take-home pay is recommended as being allotted to "Lifestyle" spending which is also referred to as "Flexible Expense."  This category of our monthly budget is very much focused on the present moment, which is easy to turn your back to if you're fixated on your own shame about the past or fear of the future.  It's the portion of our budget that arguably may be easiest to take a chainsaw to when you want to clear a debt or beef up your savings.  I've certainly done it, but recognize that those measures are only for a season.  If we spend too long holding too tight to our money it warrants the question, "Is this a form of resistance?"  If resistance is essentially a form of fear, is fear taking over when we refuse to loosen our grip? Is it scarcity mindset whispering in our ear "you'll never get it back," making us cling to every cent?  It's really common to have limiting beliefs around the idea of money being difficult to come by, but we must remember that it's only the mind speaking from a place of fear, desiring to keep us safe.  That's a bit of a survival-mode mindset, which certainly has its place.  But don't we all deserve more than to simply survive?

When we resist the flow of money going out from us, not only are we putting scarcity mindset into action, but we're also restricting the flow of money, period.  We essentially create a financial blockage with our own resistance.  Until we clear that blockage there can be no flow in or out.  The Universal Law of Resistance tells us that the very thing which we resist, we draw unto ourselves repeatedly until we are forced to deal with it.  So, if we resist the flow of money, we're going to keep experiencing that blockage until we deal with it?  Yikes!  Money has to flow outward just as much as it has to flow back to us. So, if we can assist the flow of money by spending in a conscientious way that feels really good and supports our overall wellbeing, that's even better!  Two of the participants in my group coaching program, LoA Finance Fundamentals, had experiences with spending money on themselves with some rather interesting results.

The first woman has been working to prioritize her own health and wellbeing in various aspects of life, but often feels resistant to spending money on herself when her mind tells her that it's not necessary.  She had been having trouble sleeping, experiencing extra stiffness, and the like.  She has known for some time that she was well overdue for a new mattress but just hadn't done anything about that yet.  In her social circle, there was some conversation happening around a new mattress that a friend had researched and purchased.  It had wonderful reviews and her friend spoke about how wonderful the experience was turning out.  She was inspired to take action, and within days, she was online ordering her new mattress.  She had resolved to take this step to spend money taking care of herself and was feeling really positively on the emotional scale (which lead to a high point of attraction where abundance is concerned).  She ended up seeing that she would be able to take advantage of a 12.5% cashback offer on this purchase, which provided her enough extra funds to support the setup and take away service, new pillows, and a new cover.  She couldn't have been more pleased.

The second participant is a busy mother and young professional.  She prioritizes a secure life for her family, and as a result, she tends to want to hold tight to money.  For the past few weeks, she kept thinking about how nice it would be just to have a day of relaxation where she treated herself to a manicure and a massage.  Whenever she thought about doing so she felt so good that she became inspired to take action.  She booked her day of relaxation.  At the end of it, she felt so cared for and relaxed, and expressed that she was in a really high place on the emotional scale as well.  What's really interesting about this experience is the other thing that came about for her that week. She had already decided to get her manicure and massage when an opportunity to make almost an extra thousand dollars over the course of a few days basically fell in her lap. 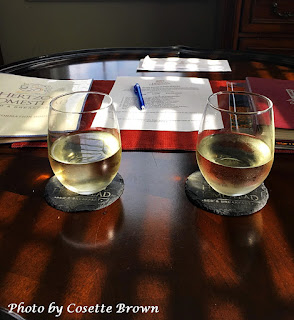 Both of these women took inspired action to do something that felt like taking care of themselves.  In the process, they supported other people's businesses and perpetuated the flow of money.  They allowed money to flow out, and in the process of doing so, abundance has flowed back in.  This showed up in the forms of health and wellness, a rather large discount (allowing some other services more or less for free), a highly lucrative temporary gig suddenly appearing...  Gee, it almost seems like the universe wants us to take care of ourselves!  Isn't it great to know that it is not only okay to do so but it also helps perpetuate the flow of money?

Spending money on ourselves can be really difficult, but it's important to recognize that there's a huge difference between indiscriminately throwing money around and deliberately choosing to use money in a way that makes you genuinely happy.  Perhaps some of the knowing comes as a result of looking for truly inspired actions to take.  That takes practice, but once you become accustomed to the feeling of inspiration, you will 100% know whether you are really being inspired to take an action or if it's something else.  In fact, the winds of inspiration have been blowing my direction with regards to spending money on myself.  I too have been feeling inspired in the direction of bedroom furniture, so I imagine that I will be working my way in that direction once a few bits of dust settle.  I've also really been wanting to treat myself to sushi.  So, that'll probably happen pretty soon. Why not?  Let the money flow, right?

Posted by Alacias Enger at 5:29 PM