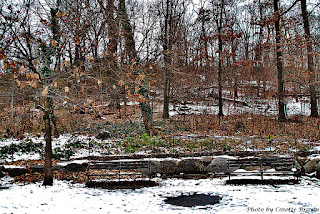 On the last day of the year, I love to sit down and think about everything that's happened.  It gives me a sense of accomplishment that my time and energies were well spent.  It also helps to give me a sense of where I'm going.

In some ways, it feels a little odd to "let it all hang out" there and literally publish what I've accomplished and in some cases failed to accomplish, but I do think it's important.  It keeps me honest, and also is meant to give my readership a sense of what can be done, but also that I'm human, and occasionally miss the mark.

So, without further delay, here is what I set out to do, and what got accomplished in my world this year.  Side Note:  I am also a teacher so you will see that many of my goals are structured around the school calendar.  I frequently set things that I want to do by June (when school lets out), and readjust goals around September (when school starts back up).

I have continued to be free of credit card debt and maintained paying my federal student loans on time.  This being said, I have not made extra payments in order to reduce the principal of the federal loans but rather been paying the scheduled amount.

When September came, I originally wanted to start rapidly paying down the federal student loan with the highest interest rate but was detoured from that goal when another opportunity presented itself.  In August, I saw that my credit union was running a mortgage special that included refinances for a very inexpensive fee.  So, I took advantage of it, saving myself about $100,000 over the life of the loan.

Rental Property:
My partner and I took advantage of a mortgage refinance.  This detoured us from our original plan, but we both feel that it was worth it.  It cost us some "right now" savings in favor of a much larger savings over the life of the loan.  We had been paying on a 30 year fixed and refinanced into a 15 year fixed.  We were able to reduce the rate and the term of the loan.  We are paying more than the required amount and will have it paid off in 12 years or less.  I will still be in my 40's.  That feels really good.

This summer, while we were doing the refinance, we also took care of the siding on the house and repainted it.  Not only did we increase the property's value, but additionally, made it a more appealing rental that could be rented for a higher monthly rate in the future.  We paid for this project in cash.

Saving:
I had set a goal for my Freedom Fund at the beginning of the school year (last fall) and hoped to reach it by June of 2017 using only funds from my side gigs.  By the end of June, I had reached 120% of that savings goal.

My partner and I had created a separate savings goal from September until now, but were unable to reach that goal.  Instead, we used the funds that otherwise would have been saved for our refinance.

I increased my retirement savings by 12%, and my partner increased hers by 5%.  This is in addition to the contributions we already made to our IRAs.  We have contributed to our workplace retirement accounts and our IRAs, but haven't maxed any of them out.

Others:
We traveled domestically to Oregon, North Dakota, and Indiana for family functions.  We also traveled abroad to Sweden and Iceland.  We paid for these trips in full (we don't care over balances on credit cards).

We successfully implemented a 30-day DeClutter Challenge this year, and just bought a new dresser to further aid in our endeavor to declutter.

My partner finished 3/4 of her graduate program.

In total, over 40% of my income this year went to saving, investing, and/or paying off our debts!  I am super pleased with that number.

When I look at this list, I think "No wonder I'm tired."  There were a couple of goals (savings and debt repayment) that we didn't quite hit, but we also took care of a couple of unexpected things that we are super pleased with.  All in all, we really made every dollar work for us.  That is always my goal.
Posted by Alacias Enger at 1:36 PM