Why you should FREEZE your Credit now! 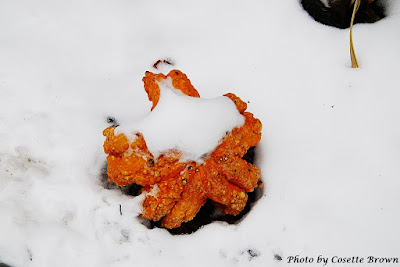 Earlier this fall news broke of a data breach at credit reporting giant Equifax.  It has been estimated that some 143 million consumers may have been impacted by this epic security failure:  social security numbers, addresses, credit card information, all potentially leaked.  Consumers were then asked to go to a special website set up by Equifax to let them know whether or not they "may have been" impacted by the incident.

Note to consumer:  You were probably impacted.

I don't care what their website says.  If 143 million people were impacted, why would I assume I wouldn't be?  It would be a little naive, wouldn't it? I mean, let's think about it?  The same agency that allowed my information to be leaked in the first place is asking me to trust that they have a handle on knowing exactly who was impacted and to what extent?  Furthermore, I am supposed to blindly trust that they have a grip on cleaning up the aftermath?  Sorry Equifax (not sorry)!

Just out of curiosity, I did use their system to check whether or not my information "might be" at risk.  I wasn't even successful at finding out.  Their system must have been so busy that it couldn't handle all of the consumer traffic it was getting.  So, I didn't actually get an answer.

I was in the middle of a mortgage refi at the time, so my credit was definitely being utilized.  A few weeks down the road, I received a letter from AT&T stating they were "helping with the Equifax investigation" (though they hadn't been hacked themselves), and that I "might have" been impacted.

Gee, tell me something I don't already know!  If 143 MILLION consumers were impacted, I already know I "might have" been as well.

Equifax has oh so generously offered free services to help with the clean up:  credit monitoring services, etc.  If you have credit monitoring, you can use it to lock and unlock your report with the agency.  Sounds great, right?  Not so fast!  While the credit bureaus are pushing the credit lock, I wouldn't be too fast to jump on board.

First off, a credit lock and a credit freeze look like the same thing in basic function.  They make your credit report inaccessible to anyone trying to get credit using your information because you basically locked/froze your report.

A credit freeze is a tool that is guaranteed by the law (yes, the government is involved, so this gives you some further protection.  A credit lock is not guaranteed by the government or law in any way.  It is an agreement between you and the credit bureau.  Which do you trust more:  the law or the credit bureau that did a poor job of handling your personal information in the first place?  Additionally, if you opt for a credit lock, what is that bureau going to put in the fine print for you to agree to?  Did they leave a clause that allows them to change the terms of the agreement on you whenever they see fit?  Are they asking you to agree that you will not hold them responsible (legally) if someone happens to steal your identity?  Do you see where I am going with this?

A credit freeze can seem like a bit of a pain.  You have to freeze it with each of the three bureaus separately, and there may be a fee at each of them.  Those fees are regulated by individual states and are generally fairly inexpensive.  But honestly, does it really matter?  If someone said, "Hey, you can either pay ten bucks or have your credit stolen." Would you actually be worried about the ten bucks?

When you initiate a credit freeze you will get a PIN.  You have to use the PIN in order to lift a freeze when that time comes.  There might also be a fee each time you freeze and unfreeze your credit report.  All of these things might seem unpleasant, but having your credit stolen seems entirely more unpleasant as far as I'm concerned.

I don't like the credit lock.  I have more faith in the legal status of the credit freeze.  So, I froze my credit at all three bureaus (only after pulling and carefully checking all three reports for free).  In my opinion, it is too dangerous to leave it open at this point.  Too many numbers have been compromised, and I hate to sound paranoid, but it seems more like a matter of "when" someone tries to gain access rather than "if."  I'm not playing around when it comes to my financial future.

As a side note:  I wasn't charged a fee when I performed the freeze.  That being said, I don't know the details of this being free or how long that offer might be available, but I thought it worthy of mention.

Have you used a credit freeze?  Do you plan to use one?  Feel free to share your perspective in the comments below.
Posted by Alacias Enger at 11:21 AM